This essay first appeared on The End Time in November 2010.

“For the time will come when they will not endure sound doctrine; but wanting to have their ears tickled, they will accumulate for themselves teachers in accordance to their own desires…” (2 Timothy 4:3)

Do you notice that word “endure”? The verse does not say “they will not like sound doctrine…” It does not say “they will not enjoy sound doctrine…” It doesn’t even say “they will not accept sound doctrine.” It uses the word endure. When you endure something, you writhe. You wish you were not there in the midst of it. If anyone has ever undergone physical therapy, you know that you have to endure it but if you could you would shoot out of the gym so fast you’d be like a speeding bullet. If anyone has ever had to get a root canal, you know that you endure it. You do not seek it, you do not like it, and if you could, you go away from it.

That is the process by which lukewarm Christians, fake Christians, and unholy pastors feel about the true Gospel of Jesus Christ. To be sure, the true Gospel of the Risen Savior is full of warm fuzzies. He loves us. (John 13:1). He prospers us. (2 Corinthians 9:8). He sends angels to us. (Hebrews 1:14). But the True Gospel is also full of truth, the unpalatable truth that the iniquitous lawless cannot endure: we are sinners. (Psalm 51:5). Rejection of the remedy for your sin (1 Corinthians 6:9-10) means you will spend eternity in torment, apart from God. That there is nothing good in us. (Mark 10:18). That we are fallen, craven, and deserve judgment. No, they will not endure that. So they don’t.

Instead they seek teachers to tempt us with what the devil has always tempted us with, and tempted Jesus too: health, wealth, fame. (Luke 4:1-13). They may find it in some “preachers” and in some “churches”, but it is for a season. Hebrews 11:25). Most do not find prosperity in health, wealth and fame. The only ones becoming famous and rich are the false pastors who urge the hapless and desperate to send money.

In his series, “Toxic Television: Unmasking the Prosperity Gospel part 1” Bible teacher John MacArthur spends a few minutes below of his one-hour sermon (linked above) explaining why Joel Osteen is false, dangerous, and unholy. He also spends time explaining why the Trinity Broadcast Network is also false, dangerous and unholy. MacArthur says, Osteen “is a quasi-pantheist where Jesus is a footnote that satisfies his critics and deceives his followers.” As for Osteen’s book, MacArthur says ‘Your Best Life Now’, the title, is a dead giveaway. The only way you can have your best life now is if you’re going to hell.”

A watered down gospel removes the book-end to the parts that they seek love and only ‘love’. The missing book-end is judgment. They will not endure sound teaching of His holiness involving love but also including righteous judgment. 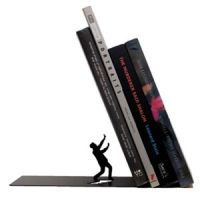 “I have sworn by Myself,
The word has gone forth from My mouth in righteousness
And will not turn back,
That to Me every knee will bow, every tongue will swear allegiance.
“They will say of Me, ‘Only in the LORD are righteousness and strength.’
Men will come to Him,
And all who were angry at Him will be put to shame. (Isaiah 45:23-24)

The true word absorbed by submissive believers is sweet. But it is also sometimes accompanied by a bitterness felt by even the most beloved of followers, even the most obedient of disciples. Sometimes the true word is hard to hear and bitter even for believers, because it reveals to us the true state of our sinfulness, our sorrow over our sin, and the fate of those who refuse His hand, those mockers and scorners whom we mourn over-

“I took the little scroll from the angel’s hand and ate it. It tasted as sweet as honey in my mouth, but when I had eaten it, my stomach turned sour.” (Rev 10:10)

The only way to endure the knowledge of judgment that is coming is to rest on His truth and His promises. Those who do not rest in that truth, bitter as it sometimes is, do not endure it. Not only have they stopped asking the Spirit for wisdom, but they simply stop ingesting the sweet Words of the LORD and they flee away, being unstable in all they do.

“But if any of you lacks wisdom, let him ask of God, who gives to all generously and without reproach, and it will be given to him. But he must ask in faith without any doubting, for the one who doubts is like the surf of the sea, driven and tossed by the wind. For that man ought not to expect that he will receive anything from the Lord, being a double-minded man, unstable in all his ways.” (James 1:5-8)

But we do endure! Paul said to in 2 Tim 2:3, 10. Peter said to in 1 Peter 2:20. The writer in Hebrews 12:7 advised us to endure. Endure what? Hardship. Beatings. Wrongdoing. Life. Hardship. Persecution. And there are those today who cannot sit still in a chair or a pew and ‘endure’ the Word of the Living God who loves them. They seek tickling instead. They are gaining the world only to lose their lives forever.

Has solid preaching become an endurance test for you? Or are the hard but truthful words uplifting to you and filling in every way? If you have recently changed churches because the pastor is “a little too Bible thumping for my taste”, or have drifted away from regular worship lately because the sermons are too long, too convicting, or demand endurance on the part of your deceitful heart, then ask yourself if you are really just trying to accumulate a teacher in accordance with your own desires, and are wanting your ears tickled with a less filling but great tasting sermon. If so, you may be at risk.

You may try to avoid enduring a convicting sermon from a ticklish teacher today, but the end result will be that you will have to endure an eternity separated from Him in torment. O, faithful one, let it not be so!

3 thoughts on “Are you drifting toward only wanting your ears tickled?”