Kay Cude is a Texas poet. Used with permission.

Kay Cude is a poet who lives in Texas. Poetry used with permission. 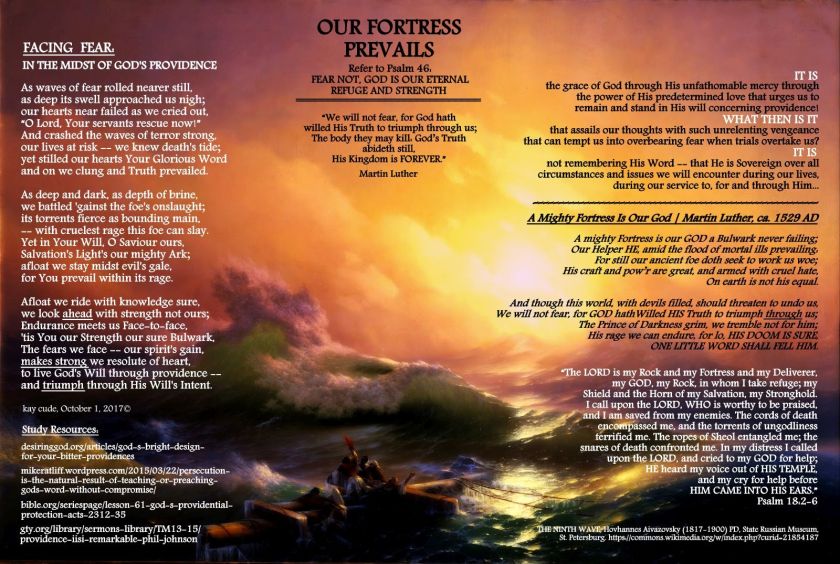 Resurrection Sunday is past, the day we mark as the day to specifically celebrate Christ’s resurrection. However, Christians know that each Sunday in attending the gathering of the saints, hearing the preaching, singing the praises, giving cheerfully, we celebrate the resurrection again and again. Just the gathering is signal that we know and believe that Christ is alive, on His throne, hearing and receiving praises and worship. His glory and power are to be wondered at and praised.

Here is a beautiful work by poet Kay Cude. First, her Artist’s Statement:

I had begun this piece several months ago with only Spurgeon’s one quote, “Tis all my business here and below to cry, ‘Behold the Lamb!’ We are to point sinners to Jesus – all the while looking at Him ourselves, and praying that they also may look to Him, and live.” I was captivated by the image of the radiant glory of Christ in His transfiguration and subsequent ascension, but couldn’t settle on what I needed to say to complete the message, for it is directed at the unregenerate and the redeemed of Christ.

Killing sin in ourselves is a tricky and delicate operation. How to slice marrow from bone without damaging the bone? The Holy Spirit is in us and He is the glory and purity we need, but surrounding Him inside us is all our depravity. We are so dark inside that often, we can’t even see our sin!

Owen wrote another monumental book called The Nature, Power, Deceit & Prevalency of Indwelling Sin In Believers. (1675). They are scriptural, convicting, towering books of the faith. They are also dense, difficult, and full of antiquated language. Sadly, for many people these books aren’t read, because they are just too difficult.

But they need to be read. To that end, Kris Lundgaard wrote a book called The Enemy Within. He said that reading Owen was difficult but he stuck with it. He said he benefited greatly from Owen’s treatment of sin in us, our sin nature and the Christian’s duty to slay it. He knew though, that the many Christians would likely not read Owen, of if s/he started, would probably give up. It’s a slog. (I can testify to that, I tried to read Mortification of Sin and stopped).

Fervently believing that the important treatment of killing sin in ourselves, principles Owen had outlined in his book, should be available to the widest audience, Lundgaard wrote a sort of Cliff’s Notes to the Owen book on Indwelling Sin. It’s an adaptation of Owen’s work, modernized and synopsized. Hence his title, The Enemy Within. This and other books by Lundgaard are –

adaptations of works by English Puritan John Owen [1616-1683]. Someone has suggested these books should be subtitled: “John Owen for Dummies” (not to be confused with John Owen’s original works that simply make most of us feel like dummies).

I had to read with a dictionary in one hand and Owen in the other, and until I got the hang of his style I had to read many sentences several times over. But the value of Owen had been undersold: I was underlining more than half of every page. In his works on Temptation, Indwelling Sin, and Mortification, my heart was being laid bare. How did he know me so well?

But he didn’t just cut me up and leave me to pick up the pieces. He offered help, strong medicine—lots of strong medicine. And by God’s grace things began to change for me. I’ll always be grateful to Owen for that—I hope to tell him so when I see him.

Owen’s ability to exegete my heart overwhelms me. He exposes my flesh’s defense strategies, which leaves me vulnerable—vulnerable to the gospel. He doesn’t just tear down; he builds up. And he helps me to see Christ more clearly, so that I may adore him more fully. Lundgaard in an interview with Tony Reinke

I have read half Lundgaard’s book. I’m 6 1/2 chapters into a 13 chapter book. It’s highly readable, and it’s helpful. It actually makes me want to read Owen! I’ve got both of Owen’s books queued up at Amazon for purchase. Killing sin in ourselves, an essential subject.

Meanwhile, my friend and poet Kay Cude had sent me her latest piece. She didn’t know I was reading The Enemy Within. The topic of her poem is about indwelling sin. How perfectly providential! She wrote,

A “take heed” to my fellow beloved redeemed in Christ from my personal experience of walking in the flesh and being caught in its snare. The immediate results were heart-wrenching and slammed me to my knees. And that is good place from where to repent and examine myself as I look up into the face of the forgiveness and mercy of God.

I was quite taken by her poem. This is a wonderful piece of poetry inspired by scripture reading and life application. Please take a moment to bask in this quality work. There are further resources at the bottom of the picture.

Kill your sin, or it be killing you.

Kay Cude Poetry. If you enjoy this one, search on the blog for previous entries of Kay’s poems.