Since March 14, 2020 here in America we have been under emergency orders of a National Emergency due to a pandemic. The President, under information from the Center for Disease Control and other medical organizations, shut down the country. We went into lockdown, stopping businesses, schools, commerce, international air travel- everything. The pandemic was from a virus that had come from China and swept across the world.

The predictions were for a situation akin to the 1918 Spanish Influenza pandemic, where millions of Americans died. This turned out not to be the case in 2020. About 97% of people who got this virus, recovered. It proved to be low risk for children, extremely few across the nation died from it. No child under the age of 17 in my state died from it in the last 5 months. Many people who supposedly had it, were asymptomatic. In others, their case was so mild they hardly needed treatment.

Nevertheless, some Governors and other local Mayors took the situation and made extreme conclusions and severe actions. For example, they legislated from their desk by instituting indefinite bans on all gatherings, or forced healthy people to wear masks so as to contain the spread, even though data showed death rates were low and declining and there was conflicting medical evidence as to how it was spread. In Washington DC, the Mayor issued an order that masks must be worn in public, but made exceptions for all Federal employees and smokers, while instituting a fine against parents who don’t put a mask on their two-year-old.

In California, the Governor issued a staccato of Executive Orders (EO) that impacted churches. In one of the more recent EO’s, the Governor banned singing in the limited worship situations he’d previously allowed. This, in the face of allowing thousands of people to gather, march, sing, and chant in the streets in protests of one kind an another.

It soon became obvious that the pandemic was being used by some leaders to perpetuate their own agendas, and in cases like California, were using the situation for oppression and ill-treatment of the church, singled out.

Some American church leaders simply folded like a house of cards when times got tougher in having to face the government. Megachurch pastor Andy Stanley in Georgia, canceled all services for the rest of the year. North Carolina Megachurch pastor JD Greear, president of the Southern Baptist Convention, (the largest Protestant denomination in the world) canceled on-campus worship at all 12 locations for the rest of the year, and instituted a small group home church model. Both Greear and Stanley cited the fact that they would not be able “to keep you safe” from the virus if they met corporately.

With that background in mind, today the Elders and Pastor of Grace Community Church in Santa Clarita CA, led by John MacArthur, issued a statement clarifying their stance on gathering for worship, who is the head of the church, and how far to go (or not go) in deferring to the government.

Here is the link, and below are selected quotes. Below that, my final comments. I commend the essay to you, it’s biblical, full of scripture, and a gush of cool, clear, water in these heated times.

Christ, not Caesar, Is Head of the Church
by John MacArthur Friday, July 24, 2020

When any one of the three institutions exceeds the bounds of its jurisdiction it is the duty of the other institutions to curtail that overreach. Therefore, when any government official issues orders regulating worship (such as bans on singing, caps on attendance, or prohibitions against gatherings and services), he steps outside the legitimate bounds of his God-ordained authority as a civic official and arrogates to himself authority that God expressly grants only to the Lord Jesus Christ as sovereign over His Kingdom, which is the church.

In short, as the church, we do not need the state’s permission to serve and worship our Lord as He has commanded. The church is Christ’s precious bride (2 Corinthians 11:2; Ephesians 5:23–27). She belongs to Him alone. She exists by His will and serves under His authority. He will tolerate no assault on her purity and no infringement of His headship over her. All of that was established when Jesus said, “I will build My church; and the gates of Hades will not overpower it” (Matthew 16:18).

History is full of painful reminders that government power is easily and frequently abused for evil purposes. Politicians may manipulate statistics and the media can cover up or camouflage inconvenient truths. So a discerning church cannot passively or automatically comply if the government orders a shutdown of congregational meetings—even if the reason given is a concern for public health and safety.

Please take a few moments to read the entire essay. It is well-laid out and may provide you or your church leaders some clarity or encouragement in these times.

A final note: Some people have already remarked that the essay’s mention of persecution in the essay is an overreach itself, that churches in other countries face far worse. Yes. True. But all persecution begins somewhere.

What ends up being persecution often begins with plausible requests from the government, or privately insidious mandates masking a duplicitous agenda. Martyrdom doesn’t come all of a sudden. It’s incremental, and government takes power by silent inches. We or future generations may look back at this moment in America from the vantage point of future history, and mark this time as the start of what may indeed had become much worse. Alternately, future generations may look back and see that the courage of some had stayed the encroachment.

When future Christians review our current history, who will they see had fought? As we ourselves look backward through time and applaud and are encouraged by Wycliffe, Hus, Luther, Jenny Geddes and others, and take strength from their example, who will future Christians see had fought? And who had lain down arms and caved in to Caesar? Will we in America at this juncture, be a future example to oppressed or persecuted others? Or did we cancel services in the name of an imaginary, bodily safety?

Time will tell. For now, I cry, Lord, soon come!

Whether it is right in the sight of God to give heed to you rather than to God, you be the judge (Acts 4:19).
We must obey God rather than men (Acts 5:29) 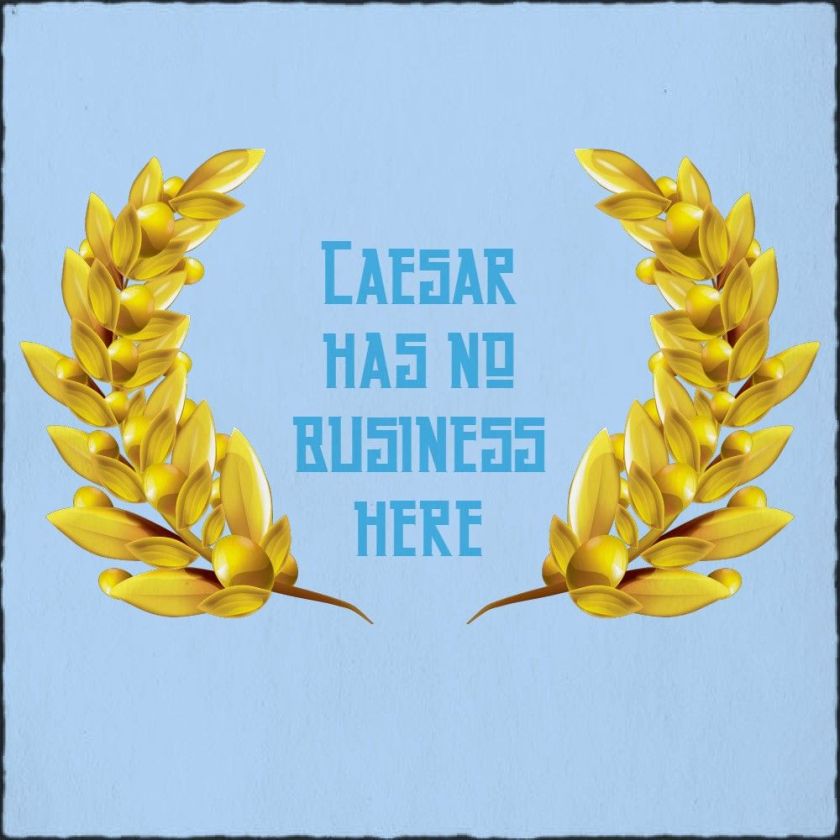 Alone Time, Is It Biblical?
Theme this week: Peace
I haven't turned on my Mozart Channel yet like I usually do because of all the birdsong outside. I am so glad spring is here and the birds are back!
Theme this week was: Hope