Does anything matter? After I die, will I have a legacy, or will I be forgotten? Why are we here?

These are the eternal questions. These are the issues every man deals with in his heart. These questions represent the ever-present fear of death. 1 Corinthians 15:26 says that death is an enemy. Hebrews 2:15 says that fearing death keeps one in a lifelong slavery. The wages of sin is death, (Romans 6:23) and since every person knows he’s a sinner, they know their wages are ultimately death. They are in the grip of death all their lives, and experiencing its power even before bodily death arrives. This is the bondage of slavery meant in the Hebrews verse.

Further, Romans 1:18 says, For the wrath of God is revealed from heaven against all ungodliness and unrighteousness of men, who by their unrighteousness suppress the truth.

Every human knows God exists, that death comes for all, and that we sinners will be judged by a Holy God. They suppress this truth, but they know it.

A wicked man writhes in pain all his days; only a few years are reserved for the ruthless. Sounds of terror fill his ears; in his prosperity the destroyer attacks him. (Job 15:20-21)

What happens when global humanity comes face to face with death? Death not as a suppressed truth avoided day by day, but a very present reality in front of their eyes?

Modern man has had an easier time of avoiding death than the people in the Bible times. People here die in a hospital. They go to a sanitary mortuary. A person might go an entire life and not see a dead body. But the parable of the Good Samaritan along the road to Jericho pictures a real enough reality to first century Palestinians. A man was beaten, bleeding, robbed, left by the side of the road. The unnamed man would have died if he had not been taken care of by the Samaritan. The priest and the Levite crossed the road to avoid the unfortunate man. This kind of scene was common. Animals were slaughtered for food and sacrifices every day. The people were used to blood, gore, entrails, and death all around.

Modern man, not so much. Even our meat comes packaged in plastic wrapped sanitary lumps, detached from the animal it once belonged to.

This suppressed knowledge of sin, death, and judgment thus is a fear every man has. Secular philosophy tries to explain this innate, pervasive fear.

Man’s existence is the essential issue, (“why are we here”) and anything that threatens that existence is the main threat. Man wants to know of his essence. So man creates philosophical systems to try and explain it. One of these philosophies is Existentialism. RC Sproul taught much about these philosophies and how they contradict the only truth, Christianity of the Bible. Jean-Paul Sartre was one of the proponents of existentialism. Sproul said of Sartre’s version of it-

Sartre’s grim conclusion is that all of our caring, our concerns, our deepest aspirations are empty of significance. Human life is meaningless. It is a cosmic joke and the cold, impersonal, indifferent universe is the comedian. Source

When mankind no longer lives spontaneously turned toward God or the super-sensible world—when, to echo the words of Yeats, The ladder is gone by which we would climb to a higher reality—the artist too must stand face to face with a flat and inexplicable world. Source

My opinion as to part of that answer is this, take it for what it is, likely a grain of salt, lol: The issue with COVID is that suddenly the knowledge of death can’t be so easily suppressed anymore.  This threat of death is not a hurricane tracked by radar and thus  escaped. It is not an army gathered at the borders aiming their weapons at us and thus repelled. It is here in a virus, invisible. Not only is there an unseen enemy lurking, the fact of its invisible appearance raises the anxiety level now that man can’t ignore death as he could previously. Mandates to wear a medical mask only enhance the optics that death is lurking around or potentially IN every person we meet.

Widespread Anxiety has done through the roof. Existential Angst come home to roost. 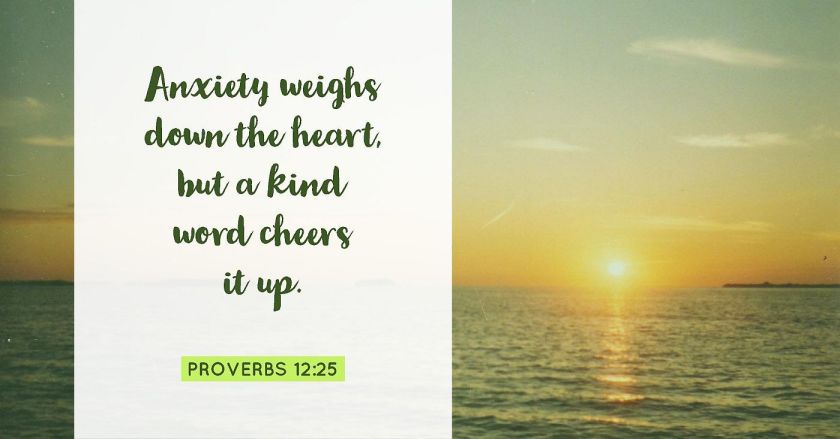 Existentialism speaks to that special kind of anxiety. Sproul again,

Another theme that appears frequently in existentialism is captured by the German word Angst (anxiety). Modern philosophers have done extensive investigation into the human feelings of anxiety. These are not specific anxieties such as a fear of flying or a fear of heights or of closed-in spaces. Those are traditional fears that have specifications attached to them. The Angst about which the philosopher speaks is an undefined, faceless, amorphous type of anxiety which hangs over us and eats away at us. We can’t really put our finger on what it is that is unsettling us inside. …

Man without God does not know his purpose. He feels as if he was hurled into existence in a certain point of time, thrown into the world. This is the existential notion of “throwness.” We’re thrown into existence by random biological mechanisms. We’re born. Now what? So what? What’s the point?

[T]he reason man experiences anxiety and dread is that man lives in his finite boundaries as a result of what Heidegger calls the experience of “throwness.” … Man has been hurled into an impersonal universe where nobody is at home. We are expected to carve out our own existence and live between twin poles of nothingness. We come from nothing and we are destined for annihilation. We understand this intuitively. It eats away at us; we’re afraid to talk about it. It produces Angst, a nagging anxiety about who we are and why we’re here. We are concerned about it, but we see no solution to it. Source

Why this essay on existential dread? What does it have to do with Jesus? Because I see the world responding to the invisible enemy of a virus with increasing anxiety of dread of death. Earth’s Godless society is faced with the now-immediate global presence of the final enemy and it does not know how to respond. Except to be anxious- and to feel all the branches that come from that anxiety: rage, confusion, depression….

But Christians know how to respond.

I don’t know how long this COVID time will last but it seems it is ushering in a new reality that will likely stay in some form even if the virus dissipates or a vaccine is developed. Even if the facts don’t currently support the reality, [i.e death rates are declining, infections aren’t as virulent as they were, hospitalizations less necessary, lots of available beds, etc) secular reality is created by perception, and if the masses believe something, then it is true. So, brethren, we have a new reality to adjust to. WE know the real reality, we can help them by offering it.

Over my lifetime, 57 years of memories, change in society has come slowly. It seemed fast when the sexual revolution hit in the late 60s and 70s, but it really was slow. The Stonewall riots happened in 1969, ushering in the homosexual agenda, and that took decades to get where we are now. But this COVID virus changed within months how we shop, interact, worship, work, recreate, educate, and live. It’s OK to give yourselves a break if you are having a hard time accepting this new way of living.

Christian, cling to that. Christian, tell the people that. 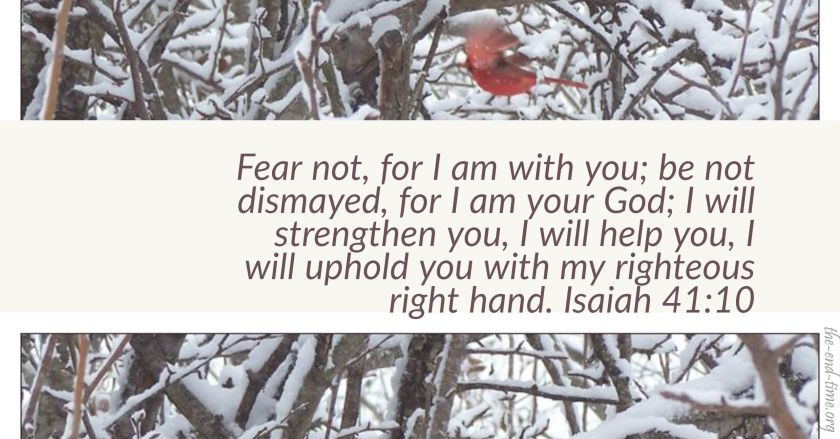 Thank you for reading The End Time! Cancel reply