During preparation for battle, prophet Elisha’s servant was weak kneed and worried. There seemed to be a lot of them and not a lot of us.

When the servant of the man of God rose early in the morning and went out, behold, an army with horses and chariots was all around the city. And the servant said, “Alas, my master! What shall we do?” 16He said, “Do not be afraid, for those who are with us are more than those who are with them.” 17Then Elisha prayed and said, “O LORD, please open his eyes that he may see.” So the LORD opened the eyes of the young man, and he saw, and behold, the mountain was full of horses and chariots of fire all around Elisha. (2 Kings 6:15-17).

Isaiah, Ezekiel, and Daniel saw the throne of God in heaven through visions. Paul (we assume) was lifted up to heaven and saw things he could not express. John, Peter, James saw heaven come down in the form of a transfigured Jesus in His glory. These men had glimpses of things beautiful and glorious. Paul (we assume) seemed especially affected, the way we spoke of the experience in 2 Corinthians 12:7. He said what he saw was of surpassing greatness. The word surpassing here in Greek is hyperbole, you might recognize the term. Here it is in a strong emphatic meaning beyond measure, excessively beyond, surpassing excellence.

This all makes me want to see heaven even more! But what about the opposite? What if we could pray to the Lord as Elisha did, and say, “Lord, open their eyes and show them their future, in punishment and torment in the Lake of Fire, where the worm does not die.” If people could see hell, would they repent? Would they believe God means what He says?

Just imagine for a moment that the eyes of all unconverted men were opened to see the situation in which they stand. Oh! What doleful cries of agony and terror would rise from every dwelling, when they saw that the Almightiness of Jehovah is all ready to be let loose upon them, body and soul, forever. ~M’Cheyne, “The Believer’s Joy”

Would they be aghast, not at seeing God who encircles His throne with holiness and glory so strong it wold kill you to merely glimpse it, but the orange-lit fires of hell, a blazing furnace of sulphur, where the screams and cries of the damned echo eternally.

Jonathan Edwards evoked the picture of hell in his famous sermon Sinners in the Hands of an Angry God. His preaching about our sin and its just and due punishment, sent people flinging themselves into the aisles at the thought of such wrath for sin. Edwards wanted, not to scare them, but to awaken them to the fact that there does exist a just punishment for sin, and that the day of reckoning may come sooner rather than later for any person in the church that day.

The veil had been momentarily lifted through Edwards’ word pictures and viewing that scene in their mind’s eye was one of grief and pain for the hearers. Stephen Williams, who had attended the sermon that day, said that “The [sic] shreiks and crys were piercing and amazing.”

Until salvation comes, unrepentant sinners stand on a precipice so gaping, the fires so hot, hell so yawning, and that the punishment is eternal, that it is hard to grasp the weight and fact of it. Truly, the unregenerate mind does not even try to grasp it.

Fortunately, though God allowed Elisha’s servant to glimpse his majesty and might, we don’t need God to allow glimpses of hell in order to visualize the fact of coming punishment, nor do we need vivid word pictures like Edwards’, as helpful as sermons like his were and are. Any person at any time can read about it in His book, the Holy Bible. Jesus explained about it, the Spirit inspired other verses and passages about the reality of hell. It’s the opposite of bountiful joy, eternal torment. Jesus spoke more about hell than any other issue.

Jesus talks about hell more than he talks about heaven, and describes it more vividly. There’s no denying that Jesus knew, believed, and warned against the absolute reality of hell. Source

It begins and ends there. Learn about a holy God who judges and saves. See the written, inspired descriptions of joys abounding in heaven and torments unspeakable in hell. Comprehend the law and grace available to your inquiring eyes.

In that moment, God gave Elisha’s servant a mercy in allowing him a glimpse of God’s protective might. But in reading the Bible, we can not merely glimpse, but absorb and enjoy learning about Jesus, His love and His wrath- both.

Edwards’ word pictures alone were enough to startle a congregation and elicit moans and cries on the spot. Imagine the real reality of the lake of burning sulphur, of not being lovingly placed there, but thrown, like a used tissue. Of being in it forever. read His word on to gain knowledge of our sin, His punishment for it, and the glorious Gospel of Jesus Christ, the gracious remedy. 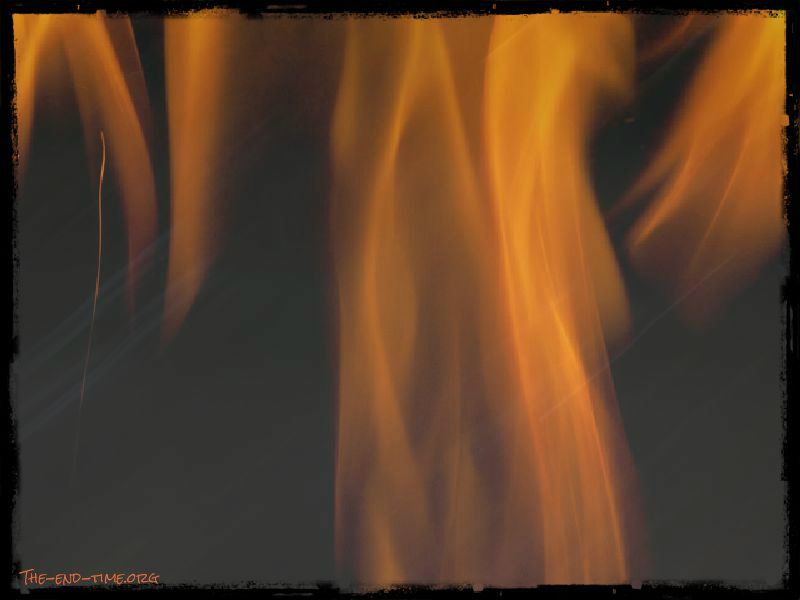 One thought on “The opposite view of Elisha’s servant”