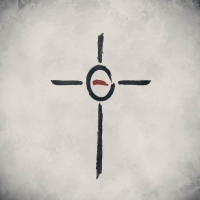 I am so excited for Chris Powers as he is being used by the Lord in creating so many beautiful animations, studies, tract development, and essays at his blog. This young man is full of passion for Christ, but it is oriented rightly, upward. He is humble and Christ-exalting, with a good head on his shoulders and doctrinally solid.

He is in seminary and also attempting to expand his ministry. To that end, he signed on with Patreon, (Deja vu? No, I wrote about this topic earlier in the week). Patreon is a way for people to contribute to a project, in his case a ministry of videos and tracts and curricula to give away for free. He needs support, and Patreon is a way to do it. You can give as little as $1 per month, up to $50 per month. I am supporting him and I pass this video along to you so you can see what he is about. This is the second Patreon video he produced. The first at the link above explains his overall vision for the next phase of ministry. This video focuses on the project he is working on now, a video about idolatry.

If you have a few minutes, please take a listen. The first 2 and a half minutes he discusses his art work, the second half after 3 minutes his verve and passion shines thought as He praises Jesus and explains his hopes for what the video will accomplish. It’s his doctrinal love for Christ that got me, and yet he is putting his life on the line to accomplish it. He has courage. Prayerful, considered, biblical courage.

Why am I writing about a young animator twice in one week, and asking for you to prayerfully consider donations no less?

Because…we bemoan the youth and how they are going astray. Here is one who’s not. They need support for their lives and their projects. John MacArthur is 75 years old and on the occasion of his 75th birthday, a brother in the faith posted, Will the Next john MacArthur Please Stand Up? I don’t know if Chris is the next great preacher for our times of course, but as one generation of Christian influential elders passes, we naturally look to the next generation for whence they will arise. With so much fluff and falsity in this foolish youth generation, here is one man who does not teach fluff and he is not foolish. These young men need support, prayer, and encouragement.

You may already be well aware of this extraordinarily talented young Christian man, Chris Powers. He is an animator and graphic artist who labors to bring visual theology to the people, for free. His videos, essays, and tracts are wonderful. I’ve been following him (under his working name ActionJones) for a while now. I wrote about him last July, here.

I’ve never seen anyone (except maybe Chris Koelle) bring abstract concepts such as regeneration or justification to visual power as Powers does. He uses contemporary songs for his videos, and being young, connects with the youth. He is a tremendous artist and a strong Christian, who is in seminary also. His ministry is called Full Of Eyes from the Ezekiel 10:12 verse “the wheels were full of eyes all around.”

I wrote about him a year or so ago. I bring him to your attention again now. Mr Powers is stepping out in faith to up his ministry. He has worked part-time on his video animations and since it has been part-time, output has been slow. He has been praying and is going full-time.

Because he still needs to support his family, he has signed up with Patreon, an online pledge-support mechanism to support content-creators in the music and art industry.

As we know from last week’s blast from Weird Al Yankovic’s successful transition from the old model of signing contracts with record labels to freelance flexible online platforms, the music and art industry is changing. But one thing never changes, artists still need to be supported. To that end, several different pledge funding platforms have sprung up. One is Kickstarter, described by Wikipedia here:

Kickstarter is a global crowdfunding platform based in the United States. The company’s stated mission is to help bring creative projects to life. Kickstarter has reportedly received over $1 billion in pledges from 5.7 million donors to fund 135,000 projects, which include films, music, stage shows, comics, journalism, video games, and food-related projects.

I recently read that the unbiblical upcoming movie “The Holy Ghost” raised a third of a million dollars on Kicksarter.

The other crowdfunding platform is Patreon. Wikipedia again explains,

Patreon, based in San Francisco, is a crowdfunding platform created by musician Jack Conte and developer Sam Yam. It allows artists to obtain funding from patrons on a recurring basis or per artwork. Artists set up a page on the Patreon website, where patrons can pledge to donate a given amount of money to an artist every time she or he creates a piece of art, optionally setting a monthly maximum. Alternatively a fixed monthly amount can be pledged. This is different from other crowdfunding platforms like Kickstarter, where artists obtain a single sum after a successful campaign and typically have to start over for every new piece. Similar to other platforms however, artists will often provide rewards for their patrons. Patreon takes a 5% commission on pledges.

Patreon is growing rapidly both in patrons and creators, with 10000 artists expected to use Patreon by the end of February 2014. While the website initially targeted musicians, established webcomic artists such as Jonathan Rosenberg, Zach Weinersmith and Paul Taylor are successfully using it.

Chris Powers has gone with Patreon, and is asking prayerfully for pledges. Here is his Full of Eyes Youtube page, for you to view his work.

As a stellar example of his work, here is a 5-min animated video of an imagined missionary martyr set to the song “All I Have Is Christ.” It is so powerful to me, I always need tissues when I view it, as I do most of his work. I also enjoy “The Gospel Song” an animation which uses the song of the same name by Drew Jones and also includes a short excerpt of the biblical Gospel, in words, by John Piper. Powers’ intent is always evangelism, not entertainment. Many of his videos and tracts have been translated into other languages for use overseas.

Please, if you have five minutes, view the All I Have Is Christ video. I also ask you to prayerfully consider supporting Mr Powers. We have so many Charismatic false teachers drawing our youth away into unorthodoxy. We have people instantly pledging up to $350,000 for an unbiblical Holy Ghost movie. And yet the solidly orthodox and brilliantly talented ones like Powers labor obscurely to present their biblical and edifying work for free. I pledged a monthly gift. If you feel led, I hope you will too.