Christian mothers are precious in God’s sight. I’ve talked before about the effect Charles Spurgeon’s mother had on him. Today we see the effect Frank Boreham’s mother had. She nurtured and raised a man who became one of Christianity’s top 20 preachers, ever. What a glory to Jesus mothers give, when they raise their children in His name! What a long-lasting effect they have on the faith throughout the ages!

Spurgeon had a mother. She bore 17 children. Nine of them died. Phil Johnson wrote in his essay “How childhood influences shaped a great preacher“,

Spurgeon’s mother was the one whose influence first awakened him to the claims of Christ on his life. Her exhortations to her children, as well as her prayers on their behalf, made an indelible impact on Charles as a young boy.

It is the same with Boreham. From the 4-part video of Boreham’s life, we hear the narrator speak, and then an actor re-enacting Boreham reading from his memoirs.

Narrator: FW Boreham adored his mother. His admiration was magnified because of the stories she told and the engaging way she told them.

Boreham: I have never heard anybody unfold the classic biblical narratives with such dignity and winsomeness and charm such as she could command. And when she came to the story of the cross, she could move us all to tears. I confess that although betwixt those days and these, I have attended many theological lectures and read ponderous theological tomes. The conception of the cross was always in my mind and in preaching and in writing, is the conception that took shape within me by the fireside in those days of long ago.

Narrator: Boreham could say that on those Sunday nights in front of the fireplace with his mother nine times out of ten the evenings closed with the singing of his mother’s favorite hymn that exactly summed up all her teaching:

Jesus, who lived above the sky,
Came down to be a Man and die;
And in the Bible we may see
How very good He used to be.

Boreham: And all through the long years of pilgrimage I’ve never sung that hymn or heard it sung without experiencing a clutch at the heart and a moistening of the eyes as the fond recollection has swept over me as those heart to heart talks in the flickering firelight of the old home. 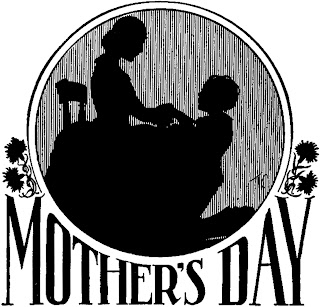 A variety of links for you to enjoy while I sit here achy and grumpy on day 3 of aches and fever and probably flu.

Aimee Byrd “The Housewife Theologian” writes a thoughtful essay about Revelation’s letter to the Church at Thyatira and the danger to a church of tolerating even one person’s false doctrines. “I Love Your Love but I Hate Your Tolerance“

From the archives of Andrew MacDonald at The Protestant Standard:
Five Joyce Meyer quotes you won’t post on Facebook

Former Catholic and now Christian apologist Mike Gendron has a biblical response to the Pope’s recent announcement: Pope Says the Division Between Evangelicals and Catholics Is A Work of the Devil

Pope Francis is the one who is doing the work of the devil by rebuilding the religious tower of Babel as he seeks to bring all Christians back home to Rome. Tragically, some evangelicals are jumping on his ecumenical bandwagon and departing from the faith (1 Tim. 4:1-3).

I’m a special education para-professional and I see what goes into parenting our precious special needs children. Kara Dedert on showing glory to God in doing the the mundane; special needs parenting. Jesus isn’t looking for flashy.

The Christian Pundit has some thoughts on Leaving and Cleaving

Focus on the Family has some thoughts on In-Law Relationships

What do I owe my in-laws? That’s an interesting question. Another way to phrase it might be, “As a son-in-law or daughter-in-law, what’s required of me? What are my obligations, whether I feel like it or not, in relating to my spouse’s parents?”

At Steve Lawson’s blog Dustin Bruce has some thoughts about Backsliding: A Tragic but Common Descent

Speaking of personal apostasy, here are 9 Steps Toward Personal Apostasy from George Alvarado. He got them from John Bunyan’s Pilgrim’s Progress, and modernized the language.

“John Bunyan in the classic novel, Pilgrims Progress, illustrates the 9 progressive steps toward personal apostasy. This list is modified and modernized for your understanding. Please read and take heed. Save this in your journal, your computer, or make it your bookmark, but remember this well. I have bolded words that are important elements of understanding. If you want to read this portion of Pilgrims Progress in context, click here.”

Robin Schumacher shares How to Unmask a Hardened Skeptic AKA a “scoffer”.

It’s important to understand that the Bible advises against continually evangelizing certain people. … While the warning about such people is easy to understand, what’s oftentimes difficult for the Christian is recognizing the scoffer and heeding the Bible’s advice on dealing with them. To help with this, I’d like to pass along one method that’s worked fairly well for me.

And just for fun:

Foxe’s Book of Martyrs. According to this summary from Christian Book Summaries,

Writing in the mid-1500s, John Foxe was living in the midst of intense religious persecution at the hands of the dominant Roman Catholic Church. In graphic detail, he offers accounts of Christians being martyred for their belief in Jesus Christ, describing how God gave them extraordinary courage and stamina to endure unthinkable torture.

From the same link, the book’s purpose was fourfold:

Text from Foxe’s Book of Martyrs

We are looking at the ten primitive persecutions. Foxe developed his chronicle in chapters from the first martyr, Stephen, in chapter 1: “History of Christian Martyrs to the First General Persecutions Under Nero” and now we are nearing the end of chapter 2: “The Ten Primitive Persecutions“. This brings us up to 303AD.

Vitus of Sicily was taught the principles of Christianity by a nurse who raised him. When his pagan father, Hylas, discovered this, he tried to convert him to paganism but failed. To appease his gods for his son’s insults to their deity, he sacrificed Vitus to them on June 14, 303.

I looked at just one man today, Vitus. I want to examine the nature of the family relationship for a moment.

The bible says, “You will be delivered up even by parents and brothers and relatives and friends, and some of you they will put to death.” (Luke 21:16)

This became a sad truth for Vitus, but also a joyous one. He died for the name of Christ! And he is given the Crown of Life, also known as the Martyr’s Crown. (Revelation 2:8-11, James 1:12)

We often believe that family ties are the strongest ties we can have on earth, but it is not true. We read old secular proverbs like”Blood is thicker than water”, indicating that family ties will outlast and be stronger than any other ties. We read Mario Puzo’s book The Godfather and the indelible memory of Vito Corleone’s son Michael (another Vito from Sicily, this one fictional) saying “Fredo, you’re my older brother, and I love you. But don’t ever take sides with anyone against the Family again. Ever.”

But we know what happened there, money was thicker than blood, and poor Fredo went fishing…and then slept with the fishes.

The family is an institution Christ set up in the garden. He married Adam and Eve and told them to be fruitful and multiply. He likened the sacrificial love of a husband for his wife and family to the love Christ has for His bride. And the same with the wife. Jewish progeny was supremely important in order to perpetuate the race and to keep the tribes intact. Deuteronomy 25:5 makes provision for keeping the family name alive, in commanding the widow of one brother to marry the other in case of death, so the name will be kept going.

All of this is beautiful and true. However, the fact is that whether a person is an unsaved person or a saved person, family is not the main relationship. Unsaved people serve satan, and when push comes to shove, the unsaved person will serve satan out of hate rather than their family out of love. Vitus is but one example. The Luke 21:16 verse proves that family ties will matter little when faced with a push from satan. Here are two more examples-

“Brother will deliver brother over to death, and the father his child, and children will rise against parents and have them put to death,” (Matthew 10:21)

“If anyone comes to me and does not hate his own father and mother and wife and children and brothers and sisters, yes, and even his own life, he cannot be my disciple.” (Luke 14:26)

We should be aware that secular relationships are filled with betrayal, because they serve satan. Just look at abortion, putting babes in the fire for sacrifice to Molech. Infanticide is horrible and satanic.

Yet though Christian family relationships are modeled after Christ, and are a picture of the glory to come, they won’t last. As John Piper said in his tremendous sermon Single in Christ: A Name Better Than Sons and Daughters, when we attain heaven, there will be no marriage. We will not marry nor procreate. Our relationships will be complete. Through Christ, we will be one family. We won’t need the picture when we are face to face. Here is a snippet from Piper’s sermon, where he is outlining his main points:

For poor martyred Vitus was killed by his father in the name of a satanic god, but Vitus held fast to the value of a relationship with Christ, His true Father. Vitus not only attained the crown of life, but look what else is given to Vitus, and to all of us:

“And everyone who has left houses or brothers or sisters or father or mother or children or lands, for my name’s sake, will receive a hundredfold and will inherit eternal life.” (Matthew 19:29)

While your blood ties on earth are temporary and imperfect, and even if you have experienced betrayal and heartbreak, awaiting you in heaven is the perfect family. What a blessing we can have a taste of that family life now, in the family of Christ on earth. The family of God is eternal and everlasting and forever, amen.