Recently I wrote about the importance of attending church regularly. (Popular blogger says you don’t have to “do” church). I refuted her premise, which is summarized in her statement:

It’s entirely okay to step out.

She offers pious sounding reasons, but upon even a cursory examination of her ‘reasons’ that it’s OK to step out of church, they are flimsy and collapse when looking at the light of scripture. Or just common sense.

However, I received push-back for my stance. It was this that surprised me. Greatly. I thought it was a given. You’re a Christian. You go to church. Why? You go to church to worship the Lord who saved your soul, to edify the Body with the gifts we’ve been given, to serve, and so on. It was clear.

But apparently this is not clear to everyone. I thought there were non-negotiables in Christendom and that regular church attendance was one. However, everything seems up for grabs these days to disparage, question, or reject.

Excuses made for lack of regular attendance were: work interferes (for ten years), small groups can substitute, it’s legalistic to expect this, the Bible never commands it, there’s no good churches nearby…

I’ve been pondering this ever since. I have wanted to write about it again.

On Sunday our elders and teachers were teaching in Ephesians 3. Ephesians 3:10 came around and the way our pastor explained it brought sudden light to the church attendance issue in a way I’d not thought of before. Here’s the verse:

[grace was given] so that through the church the manifold wisdom of God might now be made known to the rulers and authorities in the heavenly places.

Again, “so that through the church the manifold wisdom of God might now be made known to the rulers and authorities in the heavenly places…

When God wants to show off the greatness of His manifold wisdom to angels and here in the passage especially demons, He creates local churches full of fallible people like you and I. He puts people together who would not otherwise go together in any natural sense. Jew and Gentile was the biggest divide in the ancient world that you could imagine, and now they have more in common in Christ than they’d had separated in terms of culture or race or religion or ethnicity. Joined in Christ. And now Paul here says Christ is showing off to demons and watching angels by what is happening through unity in all local faithful churches.

On another note to this notion of ‘you don’t have to attend church’, this segment of the latest 9Marks Mailbag was also highly pertinent. It directly answers the question of whether you should regularly attend. I asked permission to reprint this part of their essay and they said yes.

Must Christians Go to Church Every Sunday?

How many Sundays count as regular church attendance? Twice a month? Or are Christians required to be at church every Sunday? —Desmond

Dear Desmond,This is an important question. In short: if physically able, Christians should be present at every Lord’s Day gathering. It’s what we do. But let me explain.

First, before we receive a command to attend, we receive a promise: Jesus is present. Throughout the Bible, God is drawing his people to himself. In Genesis, we’re created to be in God’s delightful presence—and since the Fall, God has been redeeming his people for such a privilege. For Israel, God’s presence was restricted to the tabernacle (and later, temple).

But in Christ, all of God’s promises are fulfilled and these former images are transformed (2 Corinthians 1:20). Jesus is the temple—he’s “the place” we experience God’s delightful presence. Before Jesus left this earth, he gave a promise: “where two or three are gathered in my name, there I am present” (Matthew 18:20). What Jesus had in mind is what we call our “church services”: a group of people (at least two or three) who gather in the name of Jesus to represent him to the world. Therefore, church services aren’t like religious classes or moral fill-up stations or personal worship times. Jesus is present at our services in a unique way as the church gathers to worship and represent him. That’s the promise.

Second, consider the backdrop of the Sabbath. God himself established the seven day cycle of creation, rested on the seventh day, and then gave his old covenant people the covenant sign of the Sabbath both for rest and to mark them off as belonging to him. Almost immediately and universally, the churches of the New Testament stopped celebrating the Sabbath and began gathering on the first day of the week, resurrection day (e.g. Acts 20:7; 1 Cor. 16:2; Rev. 1:10). By doing so they both affirmed that they found their “rest” in the Lord of the Sabbath and marked themselves off as those who belong to him. That’s what it means to “gather in his name,” a gathering sealed by his presence (see previous point). In the same way, the seven-day cycle orders creation, so gathering on the first day orders new creation. If you want to make gathering every other week your regular practice, you first need to convince me God established a 14-day cycle in creation.

Third, the command to attend isn’t a pastor’s idea, but God’s. Members have responsibilities to one another, and elders have responsibilities to members. Practically speaking, the only way we can fulfill these duties is to be present when the church gathers. Hebrews 10:24–25 puts it bluntly: “And let us consider how to stir up one another to love and good works, not neglecting to meet together, as is the habit of some, but encouraging one another, and all the more as you see the Day drawing near.” The habit of attending church every other week would also be the habit of forsaking church every other week. Of course, physical ailments, unforeseen emergencies, and other providential occurrences will occasionally keep you from attendance. But generally speaking, if you’re physically able to attend your church on the Lord’s Day, and you choose not to, you’re sinning.

I know that might sound strange to many modern-day Christians in America, but anything else would sound strange to many Christians of the past and in other parts of the world. Attending church on the Lord’s Day is the most natural thing we do. Geese fly in Vs, wolves hunt in packs, elephants travel in herds, penguins survive the winter in huddles, and Christians gather for worship. It’s our nature. It’s what we do.

Please consider these things. Regular, faithful church attendance is so important. It should be made a priority in a Christian’s life, a high priority. 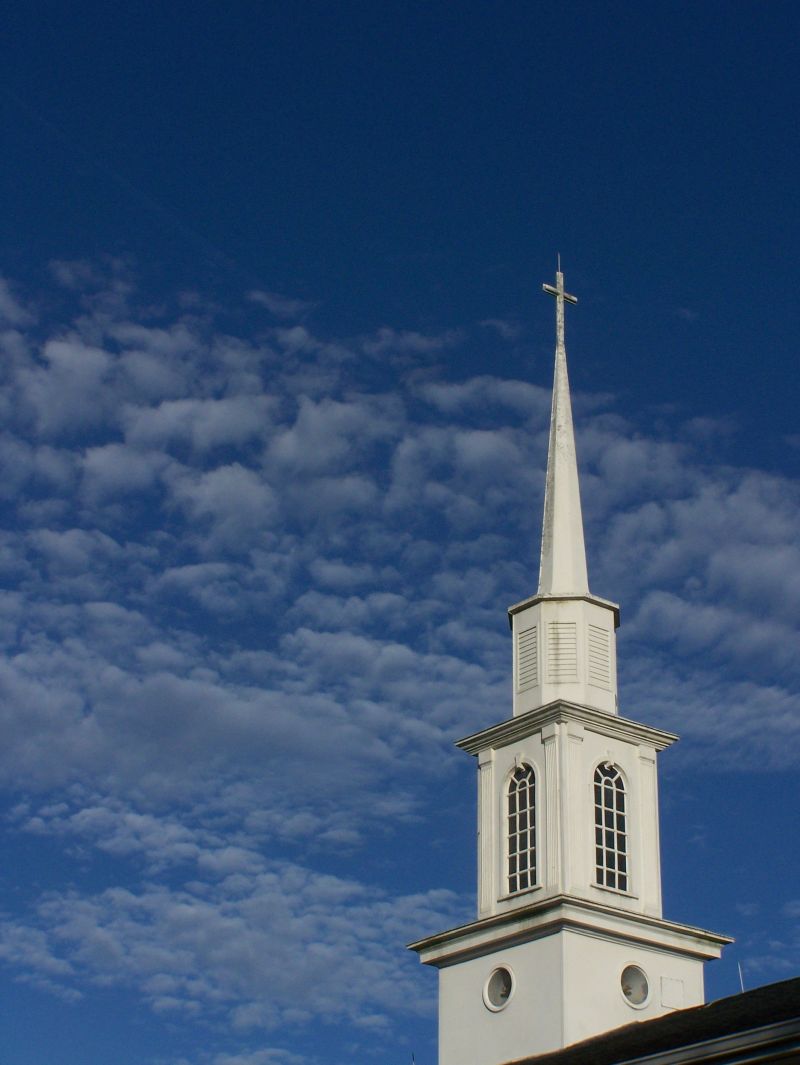 2 thoughts on ““If you’re physically able to attend your church on the Lord’s Day, and you choose not to, you’re sinning””