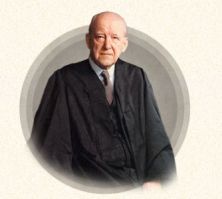 Here is Martyn Lloyd Jones with a few thoughts on something the devil cannot do.

When men seek things before they seek God, they throw themselves into what has come to be known as the ‘rat race’. An earlier phrase described it as ‘the pace that kills’. But it was never the pace that killed, it was the fear of tomorrow that made the pace necessary.

The devil has never praised God. He can make people happy. But whisky can make people happy. The fact that a thing can make you happy doesn’t prove it’s right. There are drugs that can make you happy. You see, the devil can come, and he can counterfeit all these things. If a man says “I am happy”, it doesn’t prove he is a Christian. It can be counterfeited. There is only one thing I know of that the devil cannot counterfeit: praising God. The devil never does that. Never. The devil has made anybody praise God.

It occurred to me that this test would apply to a false teacher. Someone who teaches about God but is not saved, (2 Timothy 3:5) and who is the son of the devil will never praise God. Sons of the devil, those who are energized by satan and are in bondage to satan, cannot praise God because the devil cannot praise God. His minions can’t either. Use it as a test, as MLJ noted. Not that a false teacher can’t say the words, though oftentimes they can’t, they choke on them. They might say off-handedly, “Praise God it rained!” but a life lived in praise to Him, sincere, thorough, zealous praise, will never pass their lips. Look for it…or in this case, the absence of it.

Notes & Links “What Does it Mean to be Successful?“ The Master's University "What is 'the Way?' GotQuestions Westminster Shorter Catechism This episode is also available as a blog post: https://the-end-time.org/2021/12/08/im-not-successful/

I'm Not Successful
@JenCarfagno @weatherchannel says "It gets dark so early! This week has the earliest sunsets of the year for most locations."
Advent, Thirty Days of Jesus: Day 12, The Son!
Faith's Check Book, Daily Entry, C. H. Spurgeon
Advent: Thirty Days of Jesus, Day 11. He was Obedient.