He has made everything beautiful in its time. He has also set eternity in the human heart; yet no one can fathom what God has done from beginning to end. (Ecclesiastes 3:11

‘He has made everything beautiful in its time’. Babies, like babies. If you ever gazed on a sleeping baby you have seen beauty in its time. ‘He has set eternity in our hearts’, and if you are saved by grace and faith in Jesus, then you will experience eternity with Him, in joy. If you have not accepted Jesus as your savior then respond to that eternity in your heart, you know you’re yearning, asking, seeking.

Here where I live spring is in full swing. I love the orderly change from brownish grass and leafless trees to the sudden burst of energy, color, and beauty all around. Fruit trees blossom into color, bushes, wildflowers, all showing the glory that God gave them. Birds return and sing, swoop, build, nest, and feed their babies.

God controls all of it.

‘No one can fathom what God has done from beginning to end’. No, I can’t, and that is the beauty of it, the eternity of it. Can we fathom a God who sends His Son to be crushed for our iniquities? Can we fathom the painful anguish of a Son separated from His Father? Can we fathom the love, boundless love of a God who became Man and hung on a cross for us?

A mysterious, omnipotent God who is unfathomable yet places Himself in our hearts and makes our souls beautiful. I am glad I know Him.

It’s spring, full-on, here in the South. I was reading a passage with one of my students this week called From Chrysalis to Butterfly. It’s that time of year we start seeing the flowers bloom and then come the butterflies. I started thinking about butterflies. I like butterflies. See?

There is a documentary about butterflies that I found fascinating and extremely well done. It’s called Metamorphosis: The beauty and design of butterflies 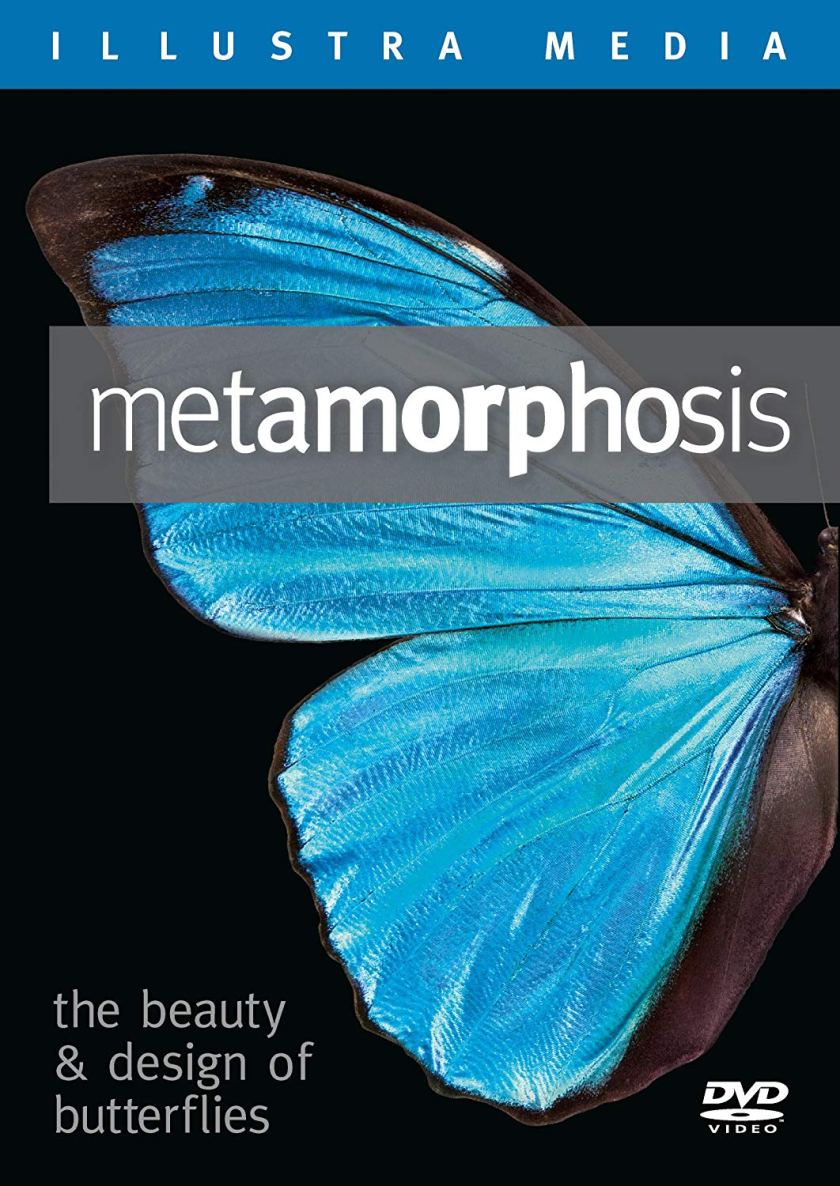 Throughout history butterflies have fascinated artists and philosophers, scientists and school children with their profound mystery and beauty. In METAMORPHOSIS you will explore their remarkable world as few have before.

Spectacular photography, computer animation and magnetic resonance imaging open once hidden doors to every stage of a butterfly’s life-cycle. From an egg the size of a pinhead…to a magnificent flying insect. It is a transformation so incredible biologists have called it “butterfly magic.”

The superbly engineered body of a butterfly is magnified hundreds of times to reveal compound eyes made of thousands of individual lenses, wings covered with microscopic solar panels that warm the insect’s muscles for flight, and navigational systems that unerringly guide Monarch butterflies on their annual migration from Canada to Mexico.

How did these extraordinary creatures come into being? Are they the products of a blind, undirected process? Or, were they designed by an intelligence that transcends the material world?

Filmed in the rain forests of Ecuador, Mexico’s Trans-Volcanic mountain range, and leading research centers, METAMORPHOSIS is an unforgettable documentary filled with the joys of discovery and wonder.
—end documentary description—-

Here is the trailer for it

It is told from a Christian perspective. The movie is great family viewing, for adults just wanting some encouragement of the beauty of creation, or for homeschooling parents doing a science unit (aimed at adults, some of the documentary will have to be explained to little ones). The photography is super and it leaves you with the unavoidable conclusion that God and only God can have made this amazing creature.

For behold, the winter is past; the rain is over and gone. The flowers appear on the earth, the time of singing has come, and the voice of the turtledove is heard in our land. (Song of Solomon 2:11-12)

It’s been a long spring here in north Georgia, but a very cold one. That’s OK, the forsythia, crocuses, robins, dogwood, buds, and grass are all growing pleasantly nonetheless.

I hope this fine spring time has offered you beautiful glimpses of God’s creative intellect and His wonderful power. We always enjoy the march of the seasons. “He appointed the moon for seasons: the sun knoweth his going down.” (Psalm 104:19, KJV). Wherever we are in the world, we see and understand the times and seasons. We look for the robin, the crocus, the ladyslipper. The orderliness and consistency of the seasons since His ordination of them is a comfort. Yet even in Jeremiah 8:7 it is said of the seasons, meaning HIS season, “Yes, the stork in the heaven knows her appointed times; and the turtle and the crane and the swallow observe the time of their coming; but my people know not the judgment of the LORD.”

In the natural history of Israel, Barnes notes explains,

“Jeremiah appeals to the obedience which migratory birds render to the law of their natures. The “stork” arrives about March 21, and after a six weeks’ halt departs for the north of Europe. It takes its flight by day, at a vast height in the air (“in the heaven”). The appearance of the “turtle-dove” is one of the pleasant signs of the approach of spring.”

Spring is a time of renewal, refreshing, and new life. There is a bird who builds a nest in my living room windowsill, and soon enough, babies will come along. They chirp so cute, they grow bigger, and then one day they will be gone, and a strange silence will come over the living room.

Is it wonderful to contemplate that the LORD knows the comings and goings of each bird in the world?

Are not two sparrows sold for a penny? And not one of them will fall to the ground apart from your Father. (Matthew 10:29).

How much more does He care for His own children. How great that He upholds the march of seasons, their orderliness and beauty. The unfurling of a bud, the flowering of a leaf, the business of the insects feasting on the pollen and nectar. How much more should we enjoy His creation, praising Him for all He is and all He does to maintain this beautiful world for His children.

The spring has been gentle and the Lord is providing bounty from the earth. The summer garden crops are about to be planted in and they will be plenteous. The figs leaves are coming in. The muscadine vines are thriving. It reminds me in particular of two verses in the Bible. They are promises. That is what prophecies are, you know. Promises of positive things the Lord has in store for the people who love Him and promises of negative things to come for those who don’t love Him.

Every man will sit under his own vine and under his own fig tree, and no one will make them afraid, for the LORD Almighty has spoken. (Micah 4:4)

In that day, declares the LORD of hosts, every one of you will invite his neighbor to come under his vine and under his fig tree. (Zechariah 3:10)

In the Bible, vines (usually grape) and fig trees were emblematic of agricultural abundance and that abundance bespoke wealth. Many fig trees meant prosperity. The promised land was described in Deuteronomy 8:8 as “a land of wheat and barley, and vines and fig-trees and pomegranates.” It was not described as a land flat and therefore ripe for land prospecting development. It was not described as a land full of silver and gold mines. It was not described a land of great cities producing a rich population with guilds and markets. The prosperity the land promised was riches from a bountiful earth. Remember that after the Fall, Adam was cursed with toil, and that the land would not yield unless he toiled with sweat and labor. What was it like before the Fall? I can’t wait to find out, and that is what these prophecies promise.

Cursed is the ground because of you; through painful toil you will eat of it all the days of your life. It will produce thorns and thistles for you, and you will eat the plants of the field. By the sweat of your brow you will eat your food until you return to the ground, (Genesis 3:17b-19b).

That curse will be reversed and the land will pop with generous abundance. Remember the two spies who came back, in Numbers 13:23 reporting that they saw huge grapes and figs and pomegranates?

Doesn’t sitting under our own fig tree and our vine and sound relaxing? Refreshing? Cool? Like walking with God in the garden in the cool of the day. And Jesus said, I am the vine; you are the branches. Whoever abides in me and I in him, he it is that bears much fruit, for apart from me you can do nothing. (John 15:5).

And look what Jesus did! He did everything! He accomplished redemption for mankind, by breaking His own body and allowing it to be poured out! We are His branches, connected to the Great Gardener whose vine covers us, and which provides all sustenance.

My people will live in peaceful dwelling places, in secure homes, in undisturbed places of rest. (Isaiah 32:18).

I will sing for the one I love a song about his vineyard: My loved one had a vineyard on a fertile hillside. (Isaiah 5:1).

As for the saints in the Church, our dwelling place will be New Jerusalem, and it will be just as beautiful as earth’s bounty, glittering and pure.

How beautiful the relationship. We are the branches, closely grafted into the true vine. The true vine covers us, and we sit under it in peace and abundance. The abundance comes from the Vine Dresser who is the Father (John 15:1), who cares for the true vine in love and cares for his children, the branches.