He is God and He does have secrets.

“The secret things belong to the LORD our God, but the things that are revealed belong to us and to our children forever, that we may do all the words of this law.” (Deut 29:29.)

However, God also reveals things to us. Sometimes all at once, (creation) sometimes way before the time, (Daniel’s 70 weeks) and sometimes incrementally (Adam’s protoevangelium of the Messiah’s coming).

He is God and He does have secrets. Here are at least 4 things known only secretly to God (according to Gill’s Exposition of Deuteronomy 29:29)

1. Gill: particularly the times and seasons of their accomplishment, which he retains in his own power, Acts 1:6.

1a. Amos 3:7 says, “For the Lord GOD does nothing without revealing his secret to his servants the prophets.” So by this we know that He keeps His own counsel until the time He decides to reveal His plans to us.

2. Gill: “There are many secret things in nature, which cannot be found out and accounted for by men, which the Lord only knows;”

2a. As anyone who follows physics knows, the more that men search for the secret to the universe and believe they have found it, (quarks! neutrinos! Bosons!) the more they know that the secret to His creation is unknowable. God has revealed his creation to us.

Romans 1:20a says, “For his invisible attributes, namely, his eternal power and divine nature, have been clearly perceived, ever since the creation of the world, in the things that have been made.” So we can see His attributes revealed in creation but we cannot know fully the Mind that created it.

3. Gill: and there are many things in Providence, which are unsearchable, and past finding out by finite minds, especially the true causes and reasons of them;

3a. God will reveal Himself by making known His purposes and intentions for us if we diligently seek Him:

—And He has made from one blood every nation of men to dwell on all the face of the earth, and has determined their pre-appointed times and the boundaries of their dwellings, so that they should seek the Lord, in the hope that they might grope for Him and find Him, though He is not far from each one of us. (Acts 17:26-27)

He is a treasure and you have to seek, dig, find treasure. It does take some work on our behalf to open the secrets of the Bible He has revealed to us. Fortunately, He has sent a Helper to illuminate these to us when we do seek!

Alternately, Parables were open secrets designed to illuminate insights about God and His kingdom to those who have the mind of God and remain hidden in plain sight from those at enmity with Him. In addition, Job searched for a purpose to the things happening to him, but as Gill said, there are many things in Providence which are unsearchable. Yet, though His purpose for troubling Job was never revealed to Job, God revealed His purpose for Job’s trial to us.

4. Gill: and there are many things relating to God himself, which remain secret with him; But those things which are revealed to us are revealed forever.

Some thoughts about God, our precious Jesus who came to seek and save the lost, make Himself known to us, and to bring us to His abode when the (secret) time is ready. Here is praise for our knowable/unknowable God: 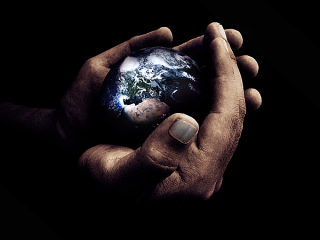