God created the Universe. It took six days and He spoke it and it was so. More than just so, it was good. (Genesis 1:1-31). Now that’s enough to ponder right there, looking at the complexity of the world and the creativity of our God who spoke it all into existence within a few days! 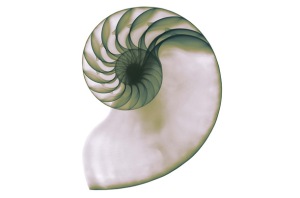 Then we disobeyed. Sin and shame and rebellion entered the world. It was all ruined, poisoned by our sin. God withdrew because His holiness cannot be near to sin (Habakkuk 1:13; Is 59:2)

Why did God not erase us all and start over? He could have! He was grieved later that He had made us (Genesis 6:6) and regretted it. It would have been so much easier for Him to do an etch-a-sketch and shake it all up and begin again. After all, it only would have taken a few days.

He didn’t wipe us out. Instead, in His love He chose a 6000 year travail on earth that included more patience on His part that I can ever understand, more love, martyrdoms of His apostles, and His own Son’s sacrifice in a grueling and horrific death!

“For He will give His angels charge concerning you, To guard you in all your ways.” (Psalm 91:11)

“Are they not all ministering spirits, sent out to render service for the sake of those who will inherit salvation?” (Hebrews 1:14)

“See that you do not despise one of these little ones, for I say to you that their angels in heaven continually see the face of My Father who is in heaven.” (Matthew 18:10)

“Do not neglect to show hospitality to strangers, for by this some have entertained angels without knowing it.” (Hebrews 13:2)

There are entire web pages devoted to the ministry of angels, why God created them, and what they do for God in their ministrations to us. There are more verses about angels than I posted here. Angels! Imagine! To guide and protect us. Minister to us. Serve us. I think of their their faces turned toward God as in the verse in Matthew, like racehorses at the gate, waiting for Him to say “GO!”

When we go through a day when nothing uneventful occurs, thank the angels and the Father who sent them. I drive an old car, I live in an old house, I dwell where tornadoes come, there are many bad or inconveniencing things that could happen to me each day…that don’t. We should not take that ‘nothing’ for granted. It might be interesting if He allows when we get there, to see a rewind of our life’s movie to view the efforts to which our angels went in keeping us safe from harm t the appointed times.

The car accident you didn’t have. The tears you didn’t have to shed. The slip on the ice that didn’t happen. The fall down the ladder that hadn’t occurred. The fire in the bad wiring that stayed out.

If you have an uneventful day think of the angels the Lord sends to us in service to our needs. Nothing happened? Thank the LORD for His angels!