I’m reading through Ezekiel. It’s rough. Chapter after chapter after chapter of doom, rebellion, threats, dire warnings, idolatry, profaning the pure, and more. The Israelites were a bunch of rebels, for sure. Even in exile in Babylon where Ezekiel prophesied, they refused to listen. (Ezekiel 2:5). What God promised to do to them if they refused to hear is very hard to read about, especially in these current days. But they kept right on, and on, and on.

I’d often stop reading and look away from my Bible with tears in my eyes, pleading for the long-gone Israelite rebels, “Why, why do they do such things?’ Then I’d ponder the nature of rebellion and the power of sin. I’d take a deep breath and return hesitatingly to the page to absorb more heartbreak.

I have vivid memories of my own rebellion because I wasn’t saved until my early 40s. I gloryied in my sin. I’d hear distant fragments of conversations, which I dismissed immediately as if the thought itself was scaldingly branding my mind (which it was and which it did, having a seared conscience). If I heard a “Jesus freak” on the television explaining some theological concept, I’d literally not understand. That’s because I had a depraved mind.

For although they knew God, they did not honor him as God or give thanks to him, but they became futile in their thinking, and their foolish hearts were darkened. (Romans 1:21).

I underlined the word futile because I want to look at that for a moment. Strong’s Concordance explains the word in Greek is defined mataios; to render foolish, i.e. morally wicked or specially idolatrous — become vain.

Last night on social media I’d said, “Observing the disconnect between one side and the other, whether you want to call them conservative vs. liberal or whatever you want to call them, is like being in the UN listening to an international debate without headphones. The cord has been cut, & no one understands each other. We’re speaking different languages.”

We speak different languages because the foolish, unwise, truth suppressors cannot think. Can a person operate a full capacity when their heart has been darkened and their mind is futile? I’m not saying they become a zombie, but it’s the reason such a person can’t ‘hear’ reason and why they can become a ravening unreasoning animal.

Now we have to ask a question as we look at Romans 1. How did this ever happen? How did God ever get to the point where He gave people up, where He just turned them over, let them go?  What is it that brings God to such a place where He gets so angry, so full of wrath that He lets people go, that He just takes off the restraint? ~John MacArthur, Abandoned by God part 1

When we have an entire nation of people who persist in rebellion, what do we think will happen? The answer to that is what we have now: packs of animalistic humans roaming the streets with hate, foaming at the mouth as unreasoning beasts. Even the ones not rioting or looting, who sit politely behind a keyboard, can’t be reasoned with. Their minds are darkened and their conscience is seared. As we progress more and more into this present age of sin, the divide will widen and widen unbearably until finally the Lord’s moment comes and He calls His bride up to Him in the rapture.

The agony I feel when reading Ezekiel is alive in my heart when I lift my eyes to see the same ills in society all around me. America exhibits the same sins as the People in Ezekiel’s day. Should we expect less than they received? God’s patience came to an end. He moved His mighty arm and said enough was enough.

We’re seeing unrestrained sin increasingly boil to the surface. (2 Timothy 3:1-5). And the more that unrestrained sin comes to the surface to be expressed, the less that that person can think. Reason has flown out the window. We see the effects of God’s wrath on a society that rejects Him and descends into beastly depravity. As per Romans 1, America has lost its mind.

But there’s hope. We are not permanent citizens of America. Our home is above. It is perfect, and being prepared for us right now.The Lord will return for us. He will gather us as a mother hen gathers her chicks, and take us unto Himself and we will be with Him always.

Do what you need to in these days to comfort yourself. Be outside enjoying the summer, experience beauty in art, music, nature, revel in your children, complete tasks that satisfy you- whatever it takes, be mindful of making sure to buffer against the hate and mayhem with beauty and good.

The ultimate comfort is in His word, reading of His love and his promises and even His wrath, comforts all. He is the blessed savior Good in all he does and perfect in His plans. Read about the Rock to stand on the Rock and the more you read the higher you go, and the current waves of chaos won’t wash up against you.

O Father, we cannot understand how great is our forgiveness unless we understand how deep is our sin. We cannot understand the wonder of salvation unless we understand the wonder of lostness. We do not know the meaning of forgiveness unless we know the meaning of sin. And to think that all of the vileness such as we have seen, and we’ve just begun, all of that deserved Your wrath, and in love You poured it all out on Jesus Christ. What grace. Abandoned by God part 2 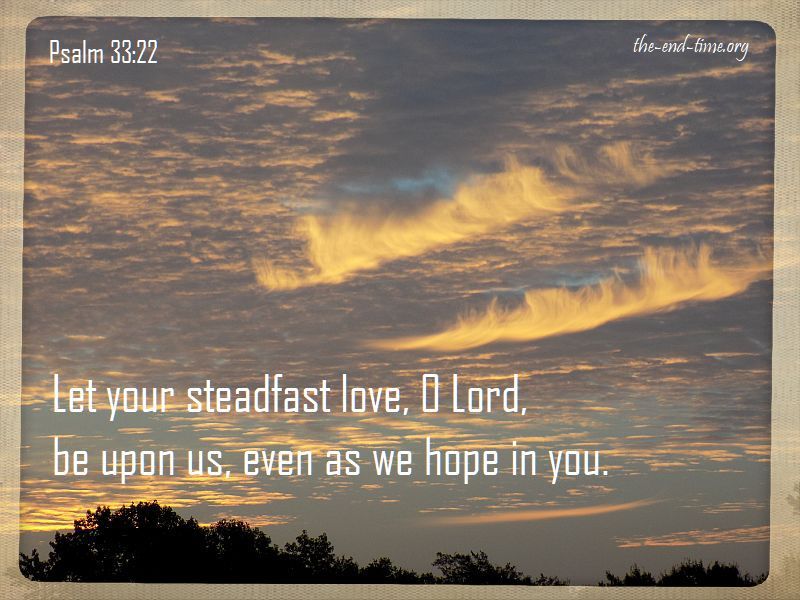 I strongly recommend the sermon series linked to above, Abandoned by God. It helps to have a biblical understanding of how and why a society falls apart.

Ten years ago I wrote Has America’s point of no return been reached?

4 thoughts on “America has lost its mind. Here’s why”

Looking at three of each of the attributes of God these Sundays. Today we look at Peace, Perfection, and Righteousness. 1. Attributes of God: Aseity, Beauty, Blessedness 2. Eternity, Freedom, Glory 3. Goodness, Holiness, Immutability 4. Invisibility, Jealousy, Knowledge 5. Love 6. Mercy, Omnipotence, Omnipresence This episode is also available as a blog post: https://the-end-time.org/2022/09/25/the-attributes-of-god-peace-righteousness-perfection/

Link in bio
EPrata photo
pretty sky earlier this morning
Home! It's the #weekend. Kicking back with some carbonated water, veggie straws, and the bonus episode of the MacArthur Center Podcast: MacArthur and the Puritans. Happy Weekend everyone!
BY ELIZABETH PRATA
Follow The End Time on WordPress.com