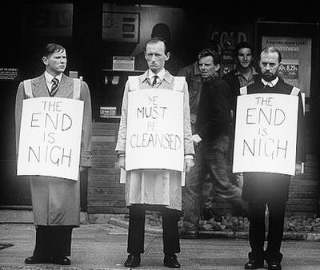 A friend on Facebook asked me a question. I like questions. They send me searching the Bible for a Spirit-led answer. I enjoy studying for a purpose. Here is the question:

How it can be that the bible states that most people will go to hell, yet in the tribulation, so many are saved they can’t be counted? Is the dynamic different in the Tribulation?

As for most people going to hell, yes that’s true. The Bible says that Jesus promised-

A specific answer as to how many will be saved during the wrath known as the Tribulation period can’t be given, because we cannot quantify “many” and “few”. We know for example, that many people died in the Flood (most actually). Few were on the narrow way, (only 8 people actually. Noah and his family). We know that most were sent to destruction when four of the five cities of the plain were destroyed. Admah, Zeboiim, Sodom and Gomorrah were thriving cities full of people, and most were sent to destruction when the angels came to destroy them with brimstone. (Genesis 19:13, 24-25; Deuteronomy 29:23). Only a few were saved (4 actually, and one of those turned out to be a false convert).

Over the course of world history we can’t know how many means few and how many means many. But we notice the fact that as soon as Jesus began teaching the hard truths, most left him. (John 6:60, 66). If we look at the scene in context as a microcosm of the world population, most people throughout history have either rejected Him outright or left the faith showing they never were of Him at all.

Therefore I believe the dynamic in the Tribulation is different. I base this on the verse in Matthew where Jesus said the Tribulation will be a unique time in world history. (Matthew 24:21,

For then there will be great tribulation, such as has not been from the beginning of the world until now, no, and never will be.

As for why so many would be saved, it is because the Tribulation is the fulfillment of the Bible’s promises. John MacArthur says in his sermon “Tribulation Saints part 1”,

“We have prayed that some day there would be a sweeping revival across the world that would bring millions of souls into the Kingdom. It has been the prayers of God’s people through the centuries that God would bring a great harvest of souls. And He will. One day it will come. It will be the greatest movement of God’s saving power in terms of sheer numbers that the world has ever known. Now that anticipation of that should not shock us because God longs to save…”

Revival is something we always pray for, but we don’t often realize that the revival that comes might look very different than the revival we envision in our head. Usually we envision a peaceful, joyful revival that sparks cultural change and personal peace. Yet the revival ahead in the Tribulation will be in a time of blood and war and grief and widespread martyrdom.

The reasons so many will be saved are found in Romans 11:26, that all Israel will be saved, and in Genesis 12, the fulfillment of Abraham’s covenant that all (pagan) nations through Abraham will be blessed.

If you’re interested, you can hear about salvation during the Tribulation explained more fully in John MacArthur’s sermon “Tribulation Saints” parts 1 and 2, expositing these verses from Revelation 7 under discussion.

After this I looked, and behold, a great multitude that no one could number, from every nation, from all tribes and peoples and languages, standing before the throne and before the Lamb, clothed in white robes, with palm branches in their hands, 10 and crying out with a loud voice, “Salvation belongs to our God who sits on the throne, and to the Lamb!” (Revelation 7:9-10).

Then one of the elders addressed me, saying, “Who are these, clothed in white robes, and from where have they come?” 14 I said to him, “Sir, you know.” And he said to me, “These are the ones coming out of the great tribulation. They have washed their robes and made them white in the blood of the Lamb. (Revelation 7:13-14)

Praise the Lord who saves!! 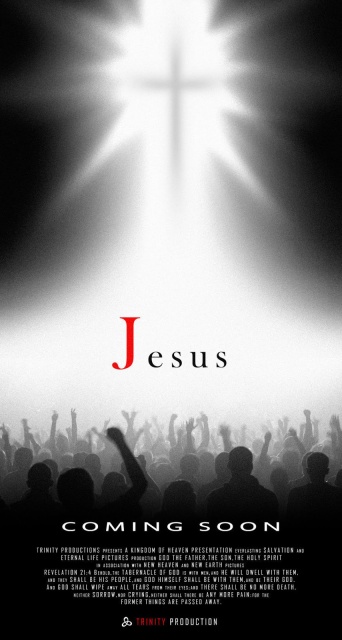