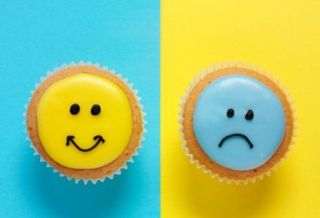 There are two responses to the Gospel, yea or nay. Here is S. Lewis Johnson with an anecdote about a person who said yea.

Paul, His Gospel, and Thomas Jefferson

Six months later he was visiting in that little village, and he was doing, as he frequently did, just knocking on door after door. His first question, he said, was always, “Are you saved?” That’s called the direct approach. [Laughter] So a woman opened the door and he said, “Are you saved?” And she said, “Oh yes. About six months ago I was in great distress of soul. I plead with God to help me, and even while I was calling upon him, I heard a voice cry out, ‘Behold the Lamb of God which taketh away the sin of the world.’” And she said, “I was startled. I wondered if I had really heard right.” She said, “I prayed again to the Lord, and I said, “Lord if that is the message, repeat it again.”

[Laughter] And she said, “And I heard it again and I trusted Christ, and I’m saved.” And Mr. Cutting had the joy of telling her that it was he who had called out the verse. That’s preaching. You know, when Paul tells us to be instant in season and out of season. And imagine there were lots of citizens in that little village who thought that it was very much out of season to hear a Bible verse shouted out early in the morning from one of their streets. But it was in season for that lady.

Here is John MacArthur with an anecdote on a person who said nay.

The Tragedy of Neglecting Salvation

And so, we believe it is a warning to the intellectually convinced, those who have heard the gospel, know the facts about Jesus Christ, know that He died for them, know that He desires to forgive their sin, know that He can some into their life and change their life but are not willing to receive Christ as Savior. And may I hasten to add that’s the most tragic category of people in existence. And I’ve told you a story once before that points it up as graphically as anything. I’ll never forget on one occasion when a lady came into my office and informed me that she was a prostitute. And she said, “I need help” And I said, “I guess you do.” And she said, “Please, I’m desperate.”

And so I presented the claims of Christ to her from beginning to end and I said, “Would you like to invite Jesus Christ into your life?” And she said yes. She said, “I’ve had it.” She was at the bottom to say the least through the dope scene, the whole bit. So she prayed a prayer and evidently she invited Christ into her life. And I said, “Now,” I said, “I want to ask you to do something.” I said, “Do you have your little book that you have all your contacts in with you?” And she said yes. I said, “Well, let’s just take a match here and we’ll burn it.” And she looked at me and she said, “What do you mean?” I said, “Just what I said. I mean, if you’re really going to live for Jesus Christ and you’ve really accepted His forgiveness and you really met Him as your Savior, let’s burn that book and we’ll just have a little party here and just praise the Lord.” And she said to me, “That’s worth a lot of money.” She said, “That’s worth an awful lot

Then she said to me, “I don’t want to burn my book.” Put it in her purse and looked at me right in the eye and said, “I guess I don’t really want Jesus, do I?” And she left.

Now you see, there was somebody who when the..when it really came down to the nitty gritty and counted the cost, she wasn’t ready. I don’t know what the story of that dear girl is. My heart has often ached for her and I’ve often thought about her. But I do know that she knows the facts and she believes them, but she’s not willing to make the sacrifice. And it’s a bad bargain, for what she kept wasn’t worth anything compared to what she could have had in Jesus Christ forever.

These days in 2015 it is not popular nor even accepted to speak of hell or demons. But they exist, they are active in the world, and they still do possess people, just as they did in the time of Luke 4:31-37. That’s the passage John MacArthur was preaching when he related this anecdote:

This is a rare thing. I’ve preached the gospel for a long time and only about three times in my whole life have I ever heard demons speak, been confronted. One of them was a few weeks ago, I told you about last week, right down in the front when a demon-possessed person came running down the aisle after I was preaching the gospel, exalting Christ’s power over the kingdom of darkness, came at me and said, “Why are you attacking me? Why are you trying to hurt me?” Which is exactly what the demon said here.

But it was some years ago when I had first come to Grace. We had built the family center and we were having services there before we built this facility. It was a Sunday night and after the service was over I was over having some food with somebody from the church and I got a call from Jerry Mitchell who was here a few weeks ago. He was on the staff at the time. He said, “You’ve got to come down here, John, I’ve got a…I’ve got a girl in here whose got all kinds of demon voices.” He had never experienced anything like this and I never had either. And I said, “Well I don’t know if I could be much help but I’ll come right down.”

So I came down, I walked in and there was chaos in the office. It was over in the building by the family center, and I walked in and the place was in disarray and it was obvious that she had been terrorizing things. She had overturned the desk and poor Jerry who was a boxer in the Navy was having a hard time defending himself against this girl, and that is characteristic of New Testament accounts where there’s a certain level of strength that’s beyond normal. And I’ll never forget the greeting when I walked in the door. I walked in the door and this…out of this girl’s mouth — whom I had met and with whom I had spoken because she had been coming to the church — came this voice, and I can’t, obviously, replicate it. But in my memory I know what the voice said. It’s something like: “Not him, not him, not him, get him out, get him out, get him out,” to me.

I don’t think that demon was afraid of me humanly. I don’t have any human power to deal with demons. In fact, Jerry and I didn’t know what to do. We started trying to send the demons away. We sent them everywhere you could think of, the pit, the abyss, Phoenix, anywhere hot, you know. And the bottom…the bottom line is they didn’t go anywhere and so we just were praying and saying, “You know, this isn’t working, this casting out thing isn’t working. I’m not Jesus and we’re not apostles and we don’t have authority over that kingdom.” There’s only one way that this girl will ever be delivered and that is when Christ delivers her in the act of salvation.

So we wrestled, literally physically trying to restrain her and get her in a chair and she was so exhausted physically and finally calmed down and we gave her the gospel. And she confessed her sin. I’ll never forget it, just really gushed out her sin before the Lord and embraced Jesus Christ and then it was just this calm that came everywhere. There was deliverance. Nothing to do with me, nothing to do with a formula, nothing to do with an exorcism, nothing to do with that at all, that…that is not what deals with demons. She needed to be delivered from the kingdom of darkness, you understand that? And she was. She was.

The demon was terrified of me not because of something I could do in the human. The demon was terrified of me because the demon connected me with the message of the gospel. And the demon knew that if the gospel came to this girl and she believed that he was finished. And that’s exactly what happened. She was as clean as the driven snow after that and never had another occasion of that kind of terrifying experience.

Anyone who is not of Christ and in His sheepfold is under bondage to the god of this world, satan They are serving him, whether they believe it or not. And anyone who has not confessed their sins and submitted to the Gospel is at risk for being possessed by a demon.

Seek the LORD while he may be found; call upon him while he is near” (Isaiah 55:6). Does that means He might be far? Yes. Someday, He might turn a person over to their sin in a hardened heart and salvation might not be possible after that. His grace, peace, mercy, and love is manifold. Having the gentle and lovely Spirit inside of us is a ‘burden’ that is easy. As we saw from the anecdote about the demon, having satan in us is a burden that is harsh and heavy. How many woes lay in the demon direction, and how many blessings there are in Christ. Seek Him while ye may!