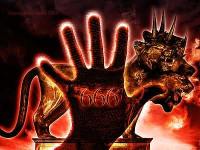 According to the perfect and true bible, we know that during the time of Jacob’s Trouble (Jer 30:4-7), known familiarly as The Tribulation (though not correctly) there will be a mark that all people on earth will be required to take. This mark is a mark of worship and allegiance to the Beast, the Antichrist. Taking the mark means you worship him – and lose your soul to hell forever (Rev 14:9-11). It also means you can participate in the economy, because you will be allowed to buy and sell. If you do not take the mark of Beast worship, you will not only be denied the opportunity to buy or sell food for instance, but you will be seized and have your head chopped off. (Rev 13:15, 20:4)

As dystopian as this sounds, as futuristic and impossible as it seems, it will happen. Not only will it happen, but it will happen exactly as it is described in Revelation. The only question marks are two-fold: does the technology exist to track and mark every person on the globe (and to hunt and seize those who refuse) and is there a collective will to accept it? It seems with the way the prophetic pieces are marching together so quickly that it may not be too far off. And it seems that both the above questions are nearing the answer YES.

Wednesday I researched whether the technology of the Mark of the Beast is even possible to implement. It is. Computers exist now that can handle the load of tracking the personal finances, location, and status of every person on the globe, which is information the mark of the beast would require at every point of purchase all around the world. And since that research a few days ago, a new science article has emerged that shows the technology is even MORE possible than it was a few days ago, and even more scary.

I’d written that the world’s supercomputers are fast, really, really fast. The chart on the left shows the leap made when the world’s fastest supercomputer was brought online, Jaguar, a Cray XT computer. Its 2008 capabilities were inconceivable only the year before. That is how fast technology is moving, and now the technology behind petaflops is looking to be obsolete as DARPA prepares to exceed the peta-calculations of quadrillion, into the quintillion. Their calculations make our own PCs look ancient and creaky. A super computer calculates in petaflops (quadrillions), which means that what a supercomputer can calculate in one second would take your computer ten hours for the same process. But Thursday, Network World published an article titled “Beyond the petaflop: DARPA wants quintillion-speed computers”

“Not known for taking the demure route, researchers at DARPA this week announced a program aimed at building computers that exceed current peta-scale computers to achieve the mind-altering speed of one quintillion (1,000,000,000,000,000,000) calculations per second. Dubbed extreme scale computing, such machines are needed DARPA says to “meet the relentlessly increasing demands for greater performance, higher energy efficiency, ease of programmability, system dependability and security.” 10 hot energy projects that could electrify the world. DARPA says its Omnipresent High Performance Computing (OHPC) systems will involve all manner of new research and development.”

Please note the name of the system: “Omnipresent”. Omnipresent means “being everywhere at once,” and only God has that capability. But because the Antichrist, who will be later possessed by Satan, wants to be God, he strives to be everywhere at once too. The Mark of the Beast will be a close attempt. Naming this processing capability “Omnipresent” positively gives me chills up my spine.

And in case you think this is all still in the Buck Rogers future, this link brings you to the Federal Government website official call for proposals.The call for proposals was issued on June 12, 2010. Now, combine the above information about the coming Mark, ECHELON, petaflop supercomputers in the quintillions, and Omnipresent, with this information published today: 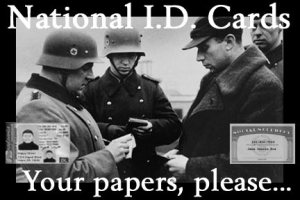 I feel reassured, don’t you, knowing that the biometric card issued to everyone in the country will be accompanied by ‘web-friendly, effective security tools? Like, really, really secure, so secure you could lose your head? The Mark of the Beast will come. Its technology is present and capable. And it looks like the will to accept this level of personal identification is here, too.

If you are saved you will not be here to face that choice. If you are not sure you are saved, this beautiful and convicting article from John MacArthur will help you: What kind of things do and do not prove the genuineness of saving faith? If you are not saved, then pray to the Holy Spirit to convict you of your sin. You need to believe and understand that your sins are keeping you from being with Jesus, and that once you die it is too late to ask Him to forgive you. If you do believe though that your sins are heinous in the eyes of a Righteous and Holy God, and you believe that Jesus is the only worthy One able to forgive, and you ask Him, He will. But first, pray to the Holy Spirit, He is waiting, eager, to help you understand these things. Do not delay. Soon the Beast will be present.

As if we saw two shining eyes looking on us out of the darkness!
Lunch: Homemade baba ganoush with corn chips, and a small salad of lettuce, Kalamata olives and feta.
How did satan become so evil? Where did evil come from?
EPrata photo
EPrata photo
Follow The End Time on WordPress.com