Above, GIUSTO de’ Menabuoi 1376-78 Fresco in the Baptistry, Cathedral, Padua

We know from many verses that God is against sorcery, astrology, witchcraft, etc.; God hates sorceries.

The curious thing is that the word in the verse, “nations were deceived by your sorcery” the root Greek word for sorcery is actually pharmakeia. It is the word from which we get pharmacy. In the Strong’s it means “from pharmakeuó (to administer drugs).” It is further defined as “the use of medicine, drugs or spells.”

I am of the opinion that the verse in Revelation is NOT saying that legal drugs administered by doctors is bad. I am concerned with a trend I am seeing these days toward a renewed and vigorous interest in psychedelic drugs. How this ties in with sorceries, you will discover when you read on…

The trend I speak of is not new. It is ancient, actually. But in the search for God, many people take the broad way, the fork in the road that leadeth to destruction. That road is the search for experience, not a submission to belief. They seek feelings, and when they cannot find them, they turn to drugs. A melding of drugs and the spiritual is the most dangerous kind of sorcery, because it dulls the senses and creates a false god: self.

Above, a picture of someone‘s imagined entheogen, with the title “awakening the divine within” and a video link promising “expanded perception.”

An entheogen is a psychoactive substance used in a religious, shamanic or spiritual context. Peyote, LSD, DMT are all natural or synthetic substances that are ingested with the intent to find God inside us. The very name entheogen is from the root ‘God inside us’, note the “theo” as in theology, and “gens”, created, as in Genesis. 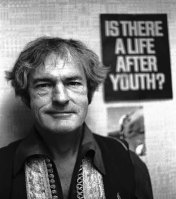 The upsurge in psychedelic drugs as an accompaniment in the spiritual path was brought to the mass population in the late 1950s. In 1957 Life magazine published an article called “Seeking the Magic Mushroom.” The article documented the use of peyote mushrooms in the religious ceremony of the indigenous Mazatec people of Mexico. “Anthony Russo, a colleague of Leary’s, experienced psychedelic (or entheogenic) mushrooms during a trip to Mexico, and related the experience to Leary. In August 1960, Harvard professor Timothy Leary traveled to Cuernavaca, Mexico with Russo and ate mushrooms for the first time, an experience that drastically altered the course of his life. In 1965, Leary commented that he “learned more about… (his) brain and its possibilities… (and) more about psychology in the five hours after taking these mushrooms than… (he) had in the preceding fifteen years of studying and doing research in psychology.” source. Later we saw the rush to India by the Beatles and others in search of gurus who seemed to have all knowledge,  shamanic experiences sought by Carlos Santana, and Mircea Eliade’s seminal 1951 study “Shamanism: Archaic Techniques of Ecstasy” finally becoming more popular as a form of ‘spiritual ecology’ in the 1960s. Pharmakeia.

Above, Leary: “You have to go out of your mind to come to your senses.”

The most famous experiment back in the Leary days was the Marsh Chapel Experiment (a.k.a. “the Good Friday Experiment”). It was administered by Walter N. Pahnke, a graduate student in theology at Harvard Divinity School, under the supervision of Leary. The goal was to see if psilocybin would act as reliable entheogen, or, as a drug that offered or enhanced individual spiritual insight in religiously predisposed subjects such as the seminary students.

It wasn’t long after that when Leary became known to the Beatnik generation for his motto, “Turn on, tune in, drop out.” The ‘turn on’ was LSD. What is less well-known was the context of the speech and the reason for the motto. It was Leary’s friend Marshall McLuhan who challenged Leary to he come up with “something snappy” to promote the benefits of LSD. By the time Leary gave his speech in New York, he’d thought of a snappy catchphrase:

“Like every great religion of the past we seek to find the divinity within and to express this revelation in a life of glorification and the worship of God. These ancient goals we define in the metaphor of the present — turn on, tune in, drop out.”

Pharmakeia. The ultimate sorcery, because it uses mind-altering drugs in a search for God and, worse, replaces God with the devil’s lie: that the divine is within us. Therefore, this witchcraft activity also becomes idolatry and blasphemy in their worst senses.

Cut to today. One would think that with all the medical and scientific knowledge we’ve gained since the Leary days about the dangers of drugs and of the wonders of the brain, that we would have quit looking for God in a pill. No. Roland Griffiths is interested in entheogens and the spiritual, as they relate to patients suffering from dread diseases such as cancer. He has a lab in Johns Hopkins University, affectionately dubbed mushroom mecca, and is taking up where Leary left off, but with a focused purpose, more money, and better science. His initial paper is here. It is titled “Psilocybin can occasion mystical-type experiences having substantial and sustained personal meaning and spiritual significance.”

The God Chemical: Brain Chemistry And Mysticism
“But now, some researchers are using new technologies to try to understand spiritual experience. They’re peering into our brains and studying our bodies to look for circumstantial evidence of a spiritual world. The search is in its infancy, and scientists doubt they will ever be able to prove — or disprove — the existence of God. … “Andy Harvey, a ceremony participant, said peyote serves as a mediator between the human world and the divine. “Sometimes we ask the peyote to help us cleanse the illnesses away and cleanse our mental being, our spiritual being,” he said. “And we believe that’s what peyote does, too. That’s why we call it a sacrament, a sacred herb.”

“In recent years, scientists at some US universities have been conducting studies using entheogens, resuming research in pharmacology, psychology, creativity and spirituality that was suspended following the drug excesses of the 1960s…. … participate in a scientific study of self-exploration and personal meaning brought about by the entheogen psilocybin, a psychoactive substance found in mushrooms used as a sacrament in some cultures, given in a comfortable, supportive setting.”

The Apostles strongly urged believers not to use mind-altering drugs but to remain sober-minded and alert (1 Corinthians 15:34; 1 Thessalonians 5:4-8; 2 Timothy 4:5; 1 Peter 1:13; 4:7; 5:8). These prohibitions likely are designed to remind us that we must be vigilant against the wiles of the Devil (1 Peter 5:8), who seeks to ensnare us through deception. The Christian disciplines his body and keeps it under control 1 Corinthians 9:27, so that he is able to set his mind on things above, [not within] Colossians 3:2. And even if you are in a “supportive setting” the devil will still come in, and give you a “divine experience” you are not likely to forget. If you’re lucky, it will be an experience you are unwilling to remember. 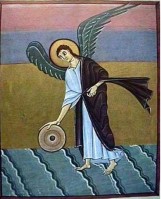 Revelation says that Babylon-ish sorceries will be condemned. The use of mind-altering drugs in combination with the search for spiritual truth is on the upswing with shamanism, neo-paganism, and even University sponsored experiments. If there is legitimized use of these mind-altering drugs in the context of “finding God”, with the Restrainer on the earth and the Holy Spirit easily available to all, just imagine how it will be when the Resterainer is removed, and most of the world is laboring under the delusion. Leary’s line comes to mind, but it will be more like “You will go out of your mind and never come to your senses.”

Stay strong, Christian! Do not seek Him in your mind through drugs, but in truth and in spirit with a clear head and scripture before you. Ask that the eyes of your heart be enlightened. Tune in to the Holy Spirit! Turn on the lamp that cannot be hid! And soon, God knows, we will drop out of the world only to fly, not with drugs, but on His wings of Grace and Glory, to the home of Grace and Glory!

The Sure Afterward
Receiving Spiritual Enlightenment
Shakshuka for breakfast.
Comprehending What You Have