Satan, that old serpent… (Genesis 3:1). He finds ways to make himself not only acceptable, but an integral part of our lives, even when naked!!! 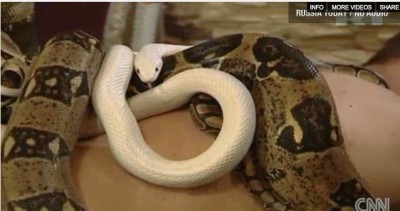 This next  verse is not in force yet, it is still future. It shows how God is constricting the world economy to prepare for the prophesied scarcity during the Tribulation and will eventually bring the antichrist’s solutions to out, which the world will accept.

“And the merchants of the earth weep and mourn for her, since no one buys their cargo anymore,” (Revelation 18:11).

Orders For Chinese Ships Have Collapsed
Chinese shipbuilders secured 182 orders in the first six months of the year, down from 561 orders a year ago, according to Want China Times.

Spain unemployment hits new high
At about 25 per cent, it is highest jobless rate in industrialised world, with young people particularly affected, at about 50%”.

Isaiah 17:1, “Damascus will be destroyed”…The situation in Syria is only worsening.

‘Deep alarm’ over Aleppo fighting
“The battle is one of the most important of the 17-month-old uprising. With a population of about three million, Aleppo is Syria’s largest city and commercial hub, a key pillar of support for president Bashar Assad’s regime. ”

“Or do you not know that the unrighteous will not inherit the kingdom of God? Do not be deceived: neither the sexually immoral, nor idolaters, nor adulterers, nor men who practice homosexuality,” (1 Corinthians 6:9)

As a side note, the LGBT people who plan this hunger strike are certainly committed. Are Christians as committed to God’s agenda as satan is to his own agenda? This is an example of how relentless satan is.

LGBT ‘community’ planning 100 day hunger strike
“Prominent members of Michigan’s lesbian, gay, bisexual and transgender community are joining forces for a 100-day hunger strike to promote equal rights. David Garcia, executive director of Affirmations in Ferndale, said the hunger strike is aimed at educating their “straight allies about the extreme anti-equality environment” in Michigan. The campaign will target specific legislators and legislation. Garcia will begin the hunger strike Monday by going without food for 24 hours. Leaders from seven other Michigan centers — representing LGBT communities in Kalamazoo, Benton Harbor, Detroit, Midland, Grand Rapids and Ann Arbor — will take 24-hour food-free shifts at Affirmations. During the hunger strike, leaders will be visible from a large window facing 9 Mile in downtown Ferndale.”

The ‘natural world’ is increasingly askew. We’ve seen this in weather, and also in the weird animal attacks. Here is a weird one for you. Poor New York City. First it was bedbugs. Now it’s Black Widow spiders.

“So are the paths of all that forget God; and the hypocrite’s hope shall perish: Whose hope shall be cut off, and whose trust shall be a spider’s web.” (Job 8:13-14)

BAD TOURISTS! Black widow spiders INVADING New York
“Black widow spiders have crawled to New York in droves this summer. Though usually rare in the Tri-State area, some exterminators say they’ve arrived in the big apple, like so many tourists, looking to go on a spree. In their case, that means the venomous arachnids will be splurging – preying – on the city’s increased insect population.”

Under the weather: Stunning pictures reveal how the insect world copes during a downpour

So that is the weekend Linkapalooza for ya! Remember, Jesus’s Bride is glowing, unbesmirched, sanctified, and ready for His call.