Did you know that priests in the Catholic Church are called alter Christus? It means another Christ. They have been granted certain powers by the church to forgive sin. This is called “absolution.” According to the Catholic Encycolopedia,

It’s nice for the priests to have the powers to be “another Christ”, including being able to remit sin. Did you know that though priests can forgive run-of-the-mill sins, there are some sins so heinous that only the Pope can absolve?

[S]ince 1179, a Vatican tribunal has met in secret to evaluate sins so grave that they can be absolved only by the Pope. The sins in question involve defiling the Eucharist; attempting to assassinate the Pope; a priest abusing the confidentiality of the confessional by revealing the nature of the sin and the person who admitted to it; a priest who has sex with someone and then offers forgiveness for the act; and a man who directly participates in an abortion – even by paying for it – who then seeks to become a priest or deacon. Only the Pope can lift the excommunication incurred by these sins,

The Pope is called ‘vicar of Christ’ which means Christ’s substitute. The Catholic Encyclopedia again,

the title Vicar of Christ is more expressive of his supreme headship of the Church on earth, which he bears in virtue of the commission of Christ and with vicarial power derived from Him.

Wow, so nice of Jesus to bestow some of His powers to the pope so that the pope can be Christ’s agent on earth. In his “powers” the pope decided last week that the heinous, pope-forgiving-only sin of abortion can now be forgiven by priests and will not necessarily include an excommunication from the Catholic Church. How terrible for the Catholic Church to withhold what Jesus freely offered.

Pope Francis has decreed that priests may absolve women of the “sin of a procured abortion” during Holy Year next year. In Catholic teaching, it is normally only bishops or the Pope himself who may absolve the faithful of the sin of abortion, which leads to excommunication from the Church. In keeping with his ministry of mercy, however, Pope Francis has extended his powers of forgiveness to those “missionaries of mercy” priests who will visit Catholic dioceses and parishes during Holy Year.

Of course, all the above is nonsense. Any believer is the same as any other believer, we are all priests of the faith. (1 Peter 2:5-9). The pope does not have special powers from Jesus and charged by Him to act in his vicarious stead on earth. The pope is not the head of the church. The Catholic Church isn’t even IN the church.

That news headline came at a time when I was feeling burdened for the many, MANY people who refuse the truth. Who are lost in their sins and not ready for the imminent return of Jesus. I was saddened for the many, MANY who are straying from the faith, perhaps at the given moment to reveal by their going that it was not an unfortunate temporary drift, but a permanent going out from us, proving they never were of us. (1 John 2:19). It feels like fiery agony to watch all this. 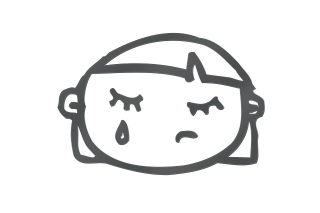 It truly feels like the sins of the world are piling up to heaven, and that the outcry of the saints are  reaching top volume. What is being done in the name of Jesus, as the Pope claims his special powers for example, is tremendously burdensome. I hate my own sin and I hate the sins of those who do terrible things in His name. It’s holy torment.

The Pope cannot forgive the sins of others.

And when he saw their faith, he said, “Man, your sins are forgiven you.” And the scribes and the Pharisees began to question, saying, “Who is this who speaks blasphemies? Who can forgive sins but God alone?” (Luke 5:20-21)

But that you may know that the Son of Man has authority on earth to forgive sins”—he said to the man who was paralyzed—“I say to you, rise, pick up your bed and go home.” (Luke 5:24)

The sins of the cities was so great the people cried out. I wonder as the sins of those four cities of the plain were so heinous that the outcry reached heaven, what does the outcry today sound like since all the world is just as heinous as they were then?

Then the LORD said, “Because the outcry against Sodom and Gomorrah is great and their sin is very grave, I will go down to see whether they have done altogether according to the outcry that has come to me. And if not, I will know.” (Genesis 18:20-21).

Matthew Henry says of this verse,

Though God long forbears with sinners, from which they fancy that the Lord does not see, and does not regard; yet when the day of his wrath comes, he will look toward them.

The sins pile up, the outcry grows greatly, God deems the time to be right, and judgment cometh-

[Babylon]for her sins have reached even unto heaven, and God hath remembered her iniquities. (Revelation 18:5)

We would have healed Babylon, but she was not healed. Forsake her, and let us go each to his own country, for her judgment has reached up to heaven and has been lifted up even to the skies. (Jeremiah 51:9)

They cried out with a loud voice, “O Sovereign Lord, holy and true, how long before you will judge and avenge our blood on those who dwell on the earth?” (Revelation 6:10)

Though what is done in His name is heinous, and though sins have grown putrid in their excrement, I remember that Holy and Pure Jesus came DOWN to earth and lived among all that. He lived with sin all around Him, to seek and save the lost sinner. Me.

It makes me love Him all the more. Grace, Mercy, Patience, He is the very definition of those things. I long for the day when my sin-anguish ceases via His glorification of my body and mind. However I also know that when the day of the rapture glorification comes, it means doom for those who reject Him, for the judgment will have begun. In one sense, I can’t wait for the pope to be judged. He does terrible things in the name of Jesus, bringing reproach onto Christ’s Spotless Name by his continual blasphemies. Uzzah was smote for less. On the other hand, I plead in prayer for the pope to be given the gift of repentance and conversion to the faith, so that he also will benefit from a relationship with Jesus that is no longer at enmity, but is in friendship.

The burden of the heart is surely a trial in days like this. I know the outcry against Sodom has come from my own lips in this little apartment. ‘Lord, how long?’ contests with ‘Lord, a little longer so that he or she or they may come to the faith…’ In all, the Lord’s gracious timing and perfection in providence will carry the day, and my outcries at last will still, with the next breath shouting hallelujahs and hosannas to the Lord face to face in praise and adoration. What a day that will be. Soon, I hope.