One week I read a book to the kids at school called “Not A Box” by Antoinette Portis. It is a book about imagination. An unseen narrator asks a rabbit, “Why are you sitting in that box?” The ensuing pages record the rabbit’s responses, insisting it is not a box, while the illustrations show indeed that in the rabbit’s mind, the box is indeed something else and the rabbit is busy outside of it.

I write frequently of the absolute integrity and truthfulness of scripture and that the only reason we can say the Bible is absolutely true is because it is the revealed word from a living and holy God. His word is contained in the Bible and nowhere else. To be sure, we can see His qualities in creation, which revealed His creative power and His divine nature (Romans 1:19-20). But His revealed will to humans? In the Bible and the Bible alone.

However, Charismatics rely on experience as a standard of what God is revealing to them. They put their experience as high or even higher than the Word as revealed in the Bible. If something spiritual happened to them, they believe it is real, and it therefore really reveals something God is doing, or saying, or thinking, or whatever.

When I show that that charismatic experiences count as nothing, that they are unbiblical and unworthy of attention, I receive responses saying, “Don’t put God in a box!” Or, “Don’t limit God!”

Let’s take a look at what a person is really saying when they say those things.

First, God cannot ever be ‘put in a box’ nor can God ever be ‘limited’ by humans. The thought is simply absurd. However, as He has chosen to reveal Himself and His will, He is confined to pages of scripture. Secondly, experience never trumps scripture. Ever. You can have all the “passion” you want for God, to the point that at spiritual events you jerk around so much look you like bacon in a fry pan, but that is not truth, it’s not doctrine, and it’s not from God. That isn’t even passion. It’s only impulses, and you’re being led astray. (Jude 1:4).

If a person has a dream or a vision that is especially vivid, they say it is from God, that God is talking directly to them (And I mean YOU, Beth Moore…Sarah Young…Kim Walker Smith…). They ascribe all due spiritual gravitas to their experience and go about replaying it for any and all who would listen (and many who would not). They make themselves the hero of the story. That is the problem with experience over Bible.

If confronted with the fact that though the Spirit is alive and working in sanctified Christians, but that tongues and miracles and signs have ceased, that is when they trot out the charge that by our denying their experience as perfectly and uniquely sent to them by God, we are putting God in a box, and we are limiting Him.

We know He is limitless, that is not the issue. However He has said He will operate in certain ways. During this Church Age He has said that He will use the Spirit to grow us in sanctification and will illuminate the scriptures for us. (John 16:13-14 ). He won’t suddenly decide to sky-write the messages He wants us to know. He can. But He won’t.

He has said that He listens to prayer as a method of communication. (Philippians 4:6). However, He won’t suddenly put notes in our mailbox (like in The Shack) or call us personally. He can. But He won’t.

Though we know He is alive, He is in heaven and will not come back until the Day. (Matthew 26:64). He won’t appear in our bathroom while we are shaving and put His arm around us. He can. But He won’t.

We know He CAN do those things, but we have confidence that He won’t. Why? He speaks through His word, His Son, and His Spirit. (2 Timothy 3:16, Hebrews 1:1-2, John 14:17, 1 Corinthians 3:16). He has said how He will operate. He spoke through men to write down His inspired word. And He doesn’t break His promises.

“Inspiration is the doctrine that the Bible was written by the influence of God. It is, therefore, without error in the original documents. It is accurate and authoritatively represents God’s teachings (2 Tim. 3:16). As such it is a revelation from God which implies direct knowledge about God, creation, man, salvation, the future, etc. It is an illumination in that it shows us what we could not know apart from it.” Source CARM.org.

We cannot know apart from it. That includes knowing something of God because He supposedly rained gold dust down, or put a thought in your head or seemed to heal a guy at a faith crusade.

Yet the Charismatic will cite John 21:25, “Now there are also many other things that Jesus did. Were every one of them to be written, I suppose that the world itself could not contain the books that would be written.” And they will say that “See? Jesus did many other things. We can’t limit Him!” 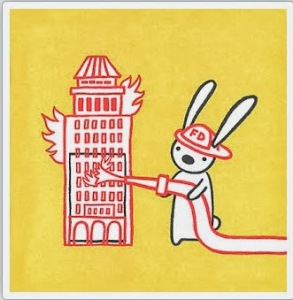 We are not limiting Him by acknowledging what scripture says, that He performed many other wondrous things during His incarnation. It’s just that we don’t know what they were. He did not reveal the ‘other things’. Any speculations on what those things were is just that: speculation, guesswork, and vaporous estimations. If God had wanted us to know them, He would have put them in scripture. That He didn’t is no excuse to make some up. He told us not to go beyond what is written. (1 Corinthians 4:6)

The problem is, the people who take God out of the box are really people who want to make God into what they want Him to be. It’s pride. It is pride in their vision, pride in their alleged special relationship to Christ, who, after all, gave them a second blessing when they asked to be ‘filled with the Spirit.

His sovereign will is different from His revealed will. He has hidden from us some things He intends to do. The most glaring examples of His inscrutability on some matters are:
–what He was doing before creation and also,
–what we will do in eternity.

Even in scripture Jesus spoke something but then hid it. In Revelation He showed John the Revelator the judgment of Seven Thunders, but then said, ‘Do not write them down.’ (Revelation 10:4). Just the other day someone asked me to interpret the Seven Thunders, and I said I could not, because it’s not in the Bible. We cannot speculate.

Therefore God IS IN A BOX, at least, as far as the pages of scripture go. What we know of Him is inside the limits of the pages therein, and of what we can see He did in making Creation. (Romans 1:20).

Because, you see, once we take God out of the box, we make Him into whatever we want Him to be in our imagination. Once you take Him out of the pages of scripture, you say, ‘It’s not a box. It’s a high rise. My God is a fireman.” Another says his experience is different, “No, MY God is an astronaut”.

Erroll Hulse wrote in his book, “The Blessings, Main Problem and Dangers of the Charismatic Experience,” that many Charismatics have a “Preoccupation with experience.”

“During 1977 a believer described two revivals which he had witnessed in Borneo. The first was classical in the sense that it was typical of revivals down through the centuries. Preaching, conviction of sin, repentance and transformation of life were the predominating features. The second revival which followed a couple of years later was Charismatic in character. The speaker himself reflected the impact that the second revival had made upon him personally. He gave description after description of visions, exorcisms, healings, spirit baptisms and sensational events such as preservation in the jungle and the moving of lights in meetings. One felt while listening to this account that the Word of God had been supplanted by all the externals. It is possible to become so enamoured with the extraordinary and with excitements and sensational happenings that such matters become the daily diet of believers. Eventually it is all they can talk about which is the hallmark of most Charismatic books. Scripture is supplanted by the narration of events which goes on ad infinitum.“

When you take God out of the box (pages of scripture) then you can say “He’s not in a box. My God is a robot. But it’s OK if your God is a fireman. It would be limiting God by making Him be definite.”

Many Charismatics who want God out of that box claim that by us conservatives sticking to scripture, we are denying the powerful work of the Holy Spirit. Not so. The great theologian J. Gresham Machan wrote,

The Holy Spirit is the Spirit of truth. He does not contradict in one generation what He has said in another. He does not contradict the Scriptures that He himself has given. On the contrary, what He really does is to make the words of Scripture glow with a heavenly light and burn in the hearts of men. Those Scriptures are placed in your hands. You may not say with the prophets of old: ‘God has spoken directly and independently to me; I appeal to no external authority; when I speak it is “Thus saith the Lord.”’ But you can do something else. You can mount your pulpit stairs; open reverently the Bible on the desk; pray to the gracious Spirit to make plain the words that He has spoken; and so unfold to needy people the Word of God.

Jesus is Lord indeed. He has been exalted, crowned, celebrated and is adulated because he has procured our justification by the agonies on the cross. Any obscuring of that, his greatest achievement, is to defame his glory. If experience is permitted to gobble up doctrine, if love is allowed to devour principle, if sentiment is suffered to obscure justification by faith only — then how will the world’s multitudes be saved? How can Jesus be Lord for them? Satan will continue to have his dominion over them. Those who are ready to unite on the basis of love and common Charismatic experience at the expense of Justification should remember that in doing so they will be celebrating the lordship of Satan, not the Lordship of Christ.

Is Experience a Valid Test of Truth? (sermon series)

One clear reason why Beth Moore is a false teacher:
Examining Beth Moore’s vision: the ‘Bride is paralyzed by unbelief’

God in a Box: Limiting Miracles is not Limiting God, Pt 1 (essay)

Editor Note: This essay appeared on The End Time in 2013

Rome is known as The Eternal City, and during the early church times, its massiveness covering 3 continents and a Sea, and its longevity, did make it seem like it would last forever. It was also known as the City on Seven Hills, a nickname that occurs in Revelation's prophecy future. Tune in to learn more about this incredible city that impacted the early Christians so much, and perhaps, will impact them again in the future... This episode is also available as a blog post: https://the-end-time.org/2023/02/08/great-cities-of-the-bible-3-rome/