This is an opinion post based on lots of facts, about two things. It’s about COVID-19, and it’s about our rights and responsibilities as citizens of a nation, state, county. If this triggers you, displeases you, or bores you, that’s OK. It does all three to me, too. If you want to skip reading this essay, that’s fine too. It might get long because I’m going to be thorough.*

Based on death certificate data, the percentage of deaths attributed to pneumonia, influenza or COVID-19 (PIC) decreased from 6.9% during week 26 to 5.5% during week 27,

[Editor note: that is a big decrease in one week]

representing the eleventh week of a declining percentage of deaths due to PIC.

The percentage is currently below the epidemic threshold

Based on death certificate data available on July 9, 2020, 5.5% of all deaths occurring during the week ending July 4, 2020 (week 27) were due to pneumonia, influenza or COVID-19 (PIC). This is the eleventh consecutive week of a declining percentage of deaths due to PIC.

The percentage is below the epidemic threshold of 5.8% for week 27, but above the baseline of 5.4%

Nationwide during week 27, 1.2% of patient visits reported through ILINet were due to ILI. This percentage is well below the national baseline of 2.4% (Editor Note-ILI is ‘influenza-like-illnesses’)

As Christians, we’re called to obey our governing leaders, (Hebrews 13:1). We are to submit unless they ask us to sin. Jesus said render unto Caesar what is Caesar’s, including tax money. (Have you done your taxes? They’re due this week). Our basic attitude is one of submission to government.

We are citizens of heaven but we are also citizens of the US, (the bulk of this blog’s readership) of whatever state you live in, of whatever county you live in. It’s incumbent on government to make wise decisions based on credible information, for the good of the people. Government works for the citizen, not the other way around. In many places we have the right to speak to government, and for us to expect them to be transparent in what they’re doing so the governed can monitor the decision-makers.

If we disagree with government’s decisions, we have the important task to ask our leaders why, to speak up, and to raise concerns (in a legal way, and as befits Christians).

In March, a virus appeared which experts and government predicted would be deadly to a wide swathe of the citizenry. The experts included the World Health Organization (WHO) and the Center for Disease Control (CDC), among others. The President called a national emergency on March 13. On March 14, CBS reported “Coronavirus updates: Fear batters the economy as U.S. death toll rises to 26.” You read that right. 26.

The predictions were that a huge number of people would die, so government put various measures into place. The reasoning was based on “flattening the curve.” The measures put into place were to slow the spread of the virus so that the expected curves on a graph would flatten, meaning, fewer people would be overwhelming hospitals so that resources to care for the expected hordes of the sick wouldn’t become scarce.

The run on hospitals didn’t happen to the extent that government thought and the COVID sick were medically treated just fine. The curve flattened. The predicted number of deaths did not occur.

It worked. But the new, restrictive measures didn’t end.

The virus was still circulating, however, so the restrictive measures stayed in place. The reasoning changed. Instead of ‘flattening the curve’, it became ‘social distancing’ , meaning that if people stayed in quarantine, kept their businesses closed, and made few trips into public, the elderly people who were at risk would be saved. The reasoning was now “Save grandma!”

We were told that even if you feel healthy, even if you were healthy, you could still have it. So, healthy people were quarantined. The attitude shifted from government’s sphere of allocating resources, to quarantining healthy people in order to save a slice of the demographic.

Is it the government’s job to protect our health?

Schools remained closed, Americans were told not to gather (though riots and protests and political gatherings were allowed). Businesses were closed. Churches were closed. America remained under a climate of fear as referenced in the above news link, and told repeatedly that rampant illness was just around the corner.

It wasn’t. Deaths due to the COVID virus decreased for three straight months, to this day. And though there have been cases, few needed the hospital. Fewer died. See GA Department of Health graph case demographics here at link.

Restrictions remained in place, and were growing more intrusive weekly. Some states or entire counties instituted a mask mandate. All the people in that state or county were told they must wear a mask everywhere they went in public in order not to spread the virus, even if they were themselves healthy. Usually, it’s sick people who wear a mask so they won’t infect others. In this case, it’s the healthy people who were mandated to wear masks. Other very restrictive measures were put into place too.

The more the virus infections slowed, the more restrictions were put into place. This sounds like an exaggeration, but it isn’t. The CDC’s data states that for 11 weeks in a row, the death rate slid downward. Hospitalizations decreased. But the mantra shifted again. Not ‘flatten the curve’, anymore, not ‘save grandma’ anymore, not ‘socially distance!’, now it’s- “No one is safe until everyone’s safe“.

The attitude is that as long as the virus is around, no one is safe and all these restrictive measures should remain until a vaccine is developed. Which experts predict won’t happen until 2021.

So we’ve gone from flatten the curve (in order to allocate resources) to making sure no one in the entire nation is at risk from a virus. Is it government’s job to make everyone safe from illness?

These restrictions are made possible, helped by, even fueled by media. The journalism during the pandemic has been deplorable. You might remember here in America, that it was not WHO that first called the issue a “pandemic”. It was CNN! Here is CNN’s excuse story” I wrote about that, taking issue. When CNN & others followed suit, they went from reporting the news to making the news. They went from giving us information so we can decide, to creating the information so they can decide.

They went from objectively observing the news, to being subjectively invested in the news. I’ve noticed that people who are invested in something tend to want to remain invested.

They were the first to call it so, and it seems they are the last to relinquish the nomenclature. Why do I say this? IT IS NOT A PANDEMIC NOW. The CDC stated in their week-ending July 4 report, that

The death rate has been decreasing for about 3 months straight. Has media reported that? No. The pandemic no longer meets the threshold baselines for even being a pandemic, but is that reported? No. Even though there are some hotspots where positive COVID tests are increasing, the national percentage for positive tests overall is decreasing. Has media reported that? No. Patient visits for influenza-like illnesses are far below baselines compared to last flu season, even including the current covid situation. Has that been reported? No. (link to CDC).

WHAT IS GOVERNMENT TO DO?

The Bible calls pastors/overseers to be: above reproach, the husband of one wife, sober-minded, self-controlled, respectable, hospitable, able to teach, not a drunkard, not violent but gentle, not quarrelsome, not a lover of money… (1 Timothy 3:1-3). Moses said to look for trustworthy men who hate a bribe (Exodus 18:21). They shall do no injustice in court. Nor be partial to the poor or defer to the great, (Leviticus 19:15). We can’t expect non-saved governmental leaders to act in Godly ways. They won’t always. But most try. It is reasonable to use God’s standards as a baseline from which to gauge government’s leadership on at least rudimentary character and actions.

Not only are we not in a pandemic as of this writing according to the CDC, and not only is that not reported, but governments seem to be making decisions based on the skewed picture media is presenting and not the data as it is. Entire states are forcing masks. Governors are successively extending the emergency in an endless parade of executive orders. Ordinances are being passed that close businesses and churches. They are keeping schools closed and others are mulling keeping schools closed.

And why? For something that isn’t even a pandemic as of this writing. The death toll in my next door county/major city since mid-February due to COVID is less than 1000 out of 129,000 people.

WHAT IS A CITIZEN TO DO?

If you believe that government has overreached, it won’t stop unless you employ your right to demand and expect your government to make good decisions based on credible data.

We are citizens of heaven but we are also citizens of earth. If you’re in America, it’s your Christian duty to submit to government, but it’s also your duty as a tax-paying governed citizen to monitor government and speak up when it becomes necessary. Christians are allowed to raise concerns. You’re allowed to keep government accountable. It’s actually a citizen’s duty.

I was an investigative reporter for almost 6 years. I have closely monitored government, and I have seen how easy it is to incrementally seize power from an indolent, apathetic, or fearful citizenry. It doesn’t stop and it won’t stop. I have also seen a citizenry speak up, become informed, and properly use the available mechanisms to hold the line against government encroachment. The latter is better.

I am speaking up now because I personally believe that we have crossed the line. Does it make sense to keep schools closed (in my area) when 1 child under the age of 17 has died in my state from COVID? Or that only 30 children under 14 have died in the entire US from COVID? The media is supposed to be a voice for the voiceless, but they wholesale abandoned that responsibility over a decade ago. But you, the American citizen, have a voice of your own. As Christians, we did not relinquish our right to speak up. Paul knew his rights as a Roman citizen and he stood on his rights when he pointed out to his jailer that the jailer was acting illegally. (Acts 22:22-29). The illegal actions stopped.

One final question, I’ve seen this online too. “If nobody had told you there was a pandemic, would you even have noticed a difference this flu season?” 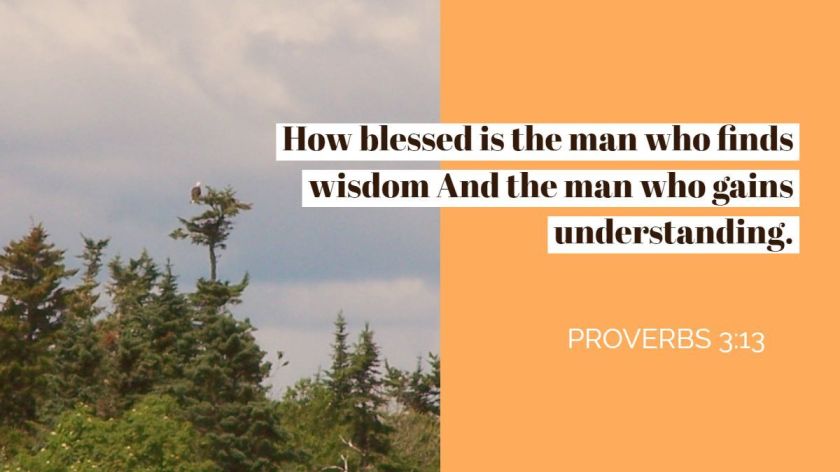 *This topic tends to generate heated emotions and sometimes not genteel discussion. I won’t be posting Trump bashing, slander, speculations, conspiracies, or argumentative comments. Everything I’ve put in this editorial is based on data, public links, verses, or my own experience as a journalist. I’ve tried to make it as non-biased as possible to give some factual thoughts and a bigger perspective. I welcome yours, but only under the above conditions. 🙂

10 thoughts on “Not a pandemic anymore – CDC”

Today I'm reminiscing about a time when I was undergoing a severe trial, and a song I'd clung to for solace.
I will not drown in shallow water
Faith's Check Book, Daily Entry
Today on the podcast I review The Chosen