It’s vacation week for much of America. I’m going to go a little easy myself this week and get a bunch of reading done. I thought for this week I’d bring forward some of the early essays I wrote.

With 5,200 essays written here since 2009, there are some you may have missed, lol. I published this one in May 2009. You can see my heart even since the earliest days of this blog. Agricultural allusions, and judgment. 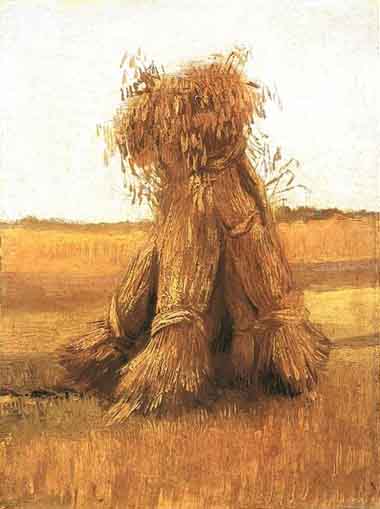 God uses a process as an example in His Word that would have been immediately identifiable to His agricultural people: threshing and winnowing. He talks of the threshing floor, the threshing barn, the winnowing fan and fork, chaff and sheaves…all these are examples of His sorting process in judgment. We have lost contact with the land. Do we fully understand know what these prophetic scriptures mean? Most of them refer to the end of days and final admonitions and judgments. We should learn them.

“For behold, the day is coming, burning like a furnace; and all the arrogant and every evildoer will be chaff; and the day that is coming will set them ablaze,” says the LORD of hosts, “so that it will leave them neither root nor branch.” (Malachi 4:1)

You will winnow them, and the wind will carry them away, And the storm will scatter them; But you will rejoice in the LORD, You will glory in the Holy One of Israel. (Isaiah 41:16)

His winnowing fork is in his hand, and he will clear his threshing floor, gathering his wheat into the barn and burning up the chaff with unquenchable fire. (Matthew 3:12, Luke 3:17

After reaping, the grain is gathered and prepared for processing. In Jesus’ times, the main grains were wheat, which made better bread but required good soil and water, two items lacking in the desert; and barley. Barley was used for bread by less wealthy people, because it would grow in harsh conditions with more ease.

(John 6:9:”There is a lad here who has five barley loaves and two fish, but what are these for so many people?“)

Grain reaping was completed either by pulling it up by the roots, or cutting it with a type of sickle. The grain when cut was generally put up in sheaves (Genesis 37:7; Leviticus 23:10-15; Ruth 2:7, 15; Job 24:10; Jeremiah 9:22; Micah 4:12). You can see sheaves stacked together in the Van Gogh rendering above. Afterwards the sheaves were gathered to the threshing-floor or stored in barns (Matthew 6:26).

Next comes threshing. Circular floors were prepared on hilltops, where there was more wind. A threshing floor is a specially flattened surface made either of rock or beaten earth where a farmer would thresh the grain harvest by spreading the sheaves on the threshing-floor and causing oxen and cattle to walk repeatedly over them (Deuteronomy 25:4; Isaiah 28:28) using a threshing roller or sledge (2 Samuel 24:22; 1 Chronicles 21:23; Isaiah 3:15).

However, the a sledge sometimes damaged the grain, but that couldn’t be helped. This process got the grain off the stalk.

Next, winnowing. Now that threshing got the grains off the stalk, it was still lying on the threshing floor among all the other parts of the plant, the grass, leaves, and stalk. Winnowing is sifting the grains from the stalks and leaves.

After the grain was threshed, it was winnowed by being thrown up against the wind (Jeremiah 4:11) to sift it. The wind would carry away the grass, leaves, and stems. The grain, being heavier, would fall back to the floor. The shovel and the fan for winnowing are mentioned in Psalm 35:5, Job 21:18, Isaiah 17:13. The refuse of straw and chaff was burned (Isaiah 5:24). Freed from all the extras like the stalk, grass, and leaves, the grain was then stored in granaries till used (Deuteronomy 28:8; Proverbs 3:10; Matthew 6:26; 13:30; Luke 12:18). It would be ground into flour and baked as bread.

Are you wheat, good men who will be gathered from the barns to His bosom? Or are you chaff, which will be left behind and burned with unquenchable fire? Do not wait for the very end to find out, to be winnowed and sifted, the good from the bad. Pray to Jesus today and ask to be forgiven of your sins, and He will do so. Ask Him to be the Lord of your life, and He will be so. Then when the time of judgment comes, you will know with certainty where you stand in the winnowing.

‎The threshing scene which our picture represents we witnessed between the Garden of the Virgin and the Obelisk of Heliopolis. What a commentary is this upon that vanity of earthly greatness that men should be threshing upon the very site of one of the proudest and most influential cities of ancient times. The mowraj is a threshing machine which is drawn over a floor by a yoke of oxen till the grain is separated from the straw, and the straw itself ground into chaff. The Egyptian mowraj has rollers which roll over the grain. Circular saws are sometimes attached to the rollers. Source: Earthly Footsteps of the Man of Galilee.

Winnowing with the wind. Source, Images from The People’s Bible Encyclopedia, by Charles Barnes, 1912