I was several hours into writing a different essay today but it will wait until tomorrow. Something else has come up instead.

In my morning routine I post on Facebook a daily devotional from Charles Spurgeon and I post a scripture picture that I make from my photos, along with a link to a source that explains the verse. This morning I posted a picture with a verse on it about God’s self-existence. I used the word “Aseity” in my post and supplied a link to a conservative page that defines the word, along with explaining other of God’s known attributes such as His holiness and His eternality. I think it’s important to both use the theological words so they don’t fall into disuse and to provide credible links about the verse or the words so people can study them.

Facebook blocked me from publishing the post because they claimed “the link goes against our Community Standards”. I tried 5 times and the notation was the same each time. No go. The link Facebook objected to was a page listing God’s attributes with a couple of sentences explaining each one. See this screenshot of the page I was trying to link to: 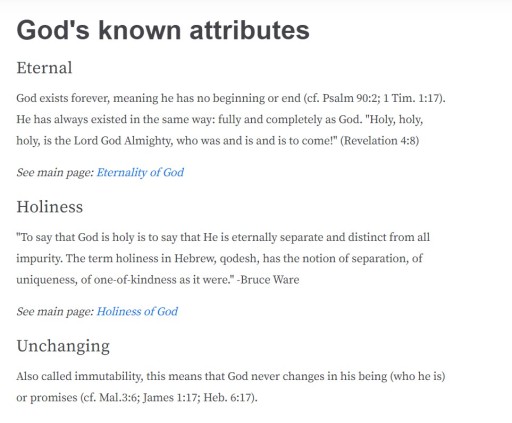 It was to the website Theopedia, which describes itself as: 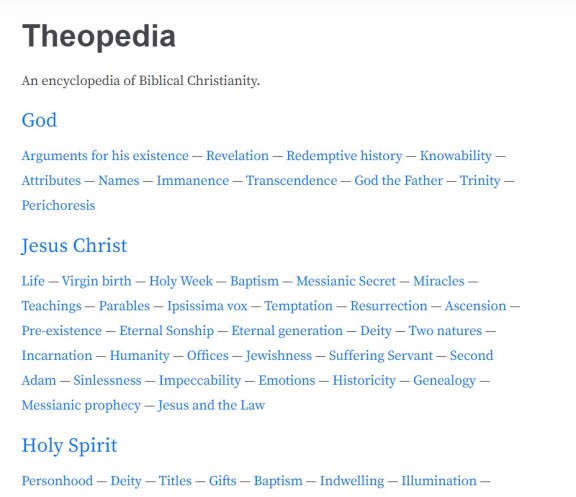 Just to test whether a double standard existed, (in my view), I posted a similar type page. A link to a page where a verse of the Q’uran is translated by different translators and explained. It seems to be a Muslim dictionary close in type to Theopedia a Christian dictionary. I chose the verse from Q’uran 9:29 urging Muslims to fight/kill “People of the Book” who are described in the Q’uran as Jews and Christians.

I used similar language as my original post that was blocked- “Theme this week”. I deliberately added “Fight those who do not believe in Allah” which is part of the Q’uran 9:29 verse. The language is inflammatory and threatens violence. According to Facebook’s Community Standards, threatening violence is against their Community Standards. Yet, my post linking to an Islamic page translating a violent threat from the Q’uran and language that is explicitly inflammatory was allowed to be uploaded immediately. Here is the screenshot of the published page. 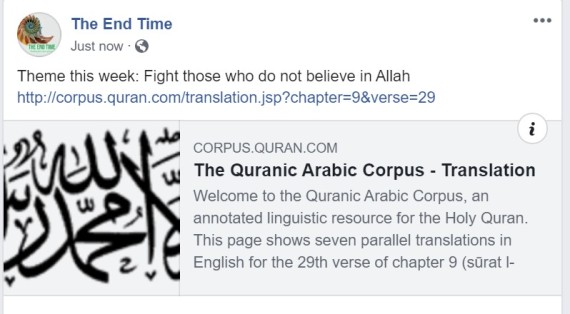 To sum up, Christian Theopedia was a Facebook NO 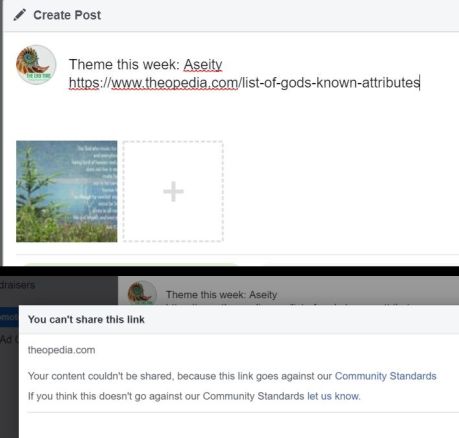 I sent a query to the Community Standards folks asking about this. 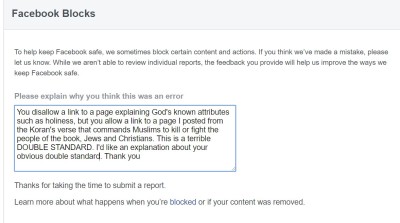 Facebook is a private company (publicly traded) so they can do what they choose. But can they? If one is a monopoly can one choose to discriminate on the basis of race or religion? If one has an obvious bias leading to a double standard in censoring speech, can that be allowed? The NY Times found that a Facebook Community rules double standard existed.

In this 2018 article from the NY Times, “Inside Facebook’s Secret Rulebook for Global Political Speech: Under fire for stirring up distrust and violence, the social network has vowed to police its users. But leaked documents raise serious questions about its approach, we read that:

The closely held rules are extensive, and they make the company a far more powerful arbiter of global speech than has been publicly recognized or acknowledged by the company itself, The New York Times has found. … An examination of the files revealed numerous gaps, biases and outright errors. As Facebook employees grope for the right answers, they have allowed extremist language to flourish in some countries while censoring mainstream speech in others. [emphasis mine]

Well it happened not in a faraway nation or on a globalist scale. One old lady in small-town Georgia was told by Facebook that a listing of God’s attributes was a violation of their standards while a page urging Muslims to fight Jews and Christians is allowed. Facebook, your double standard is troublesome in the extreme!