The thread of Christianity depends on a unity from one generation to the next of mutual understanding of our important words. Hence the Word of the Week. 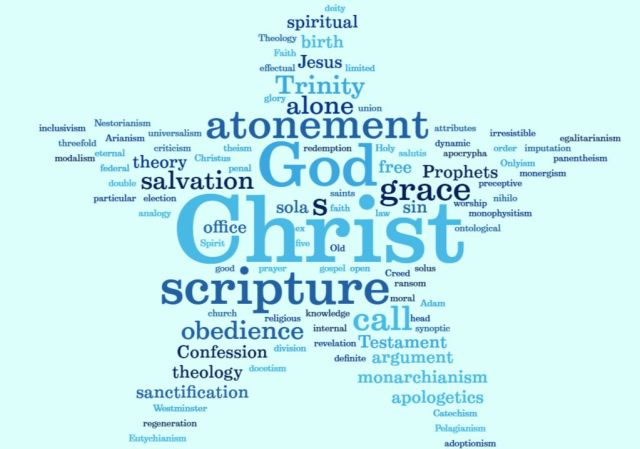 Two weeks ago in the previous Word of the Week, I’d posted about Orthodoxy. In the religious context, Orthodoxy means truth or doctrine, that is accepted and widely held the global church. Heresy is a teaching or belief that stands in opposition to the orthodox teaching, so much so that to believe it, one essentially declares himself not a Christian. Here is Matt Slick at Christian Apologetics and Research Ministry to explain.

Heresy is a false teaching. It is a belief or idea that is in contradiction to orthodoxy. In the context of Christianity, heresy is that which deviates from standard biblical teaching. Examples of heresy would be polytheism, a denial of the resurrection of Christ, a teaching that salvation is obtained by works, etc. The Christian church has experienced many attacks by heretics throughout the centuries, but it has fought them successfully – even though many persist. There are modern-day heresies. For example, Mormonism which teaches God is an exalted man from another planet and that we can become gods. The Jehovah’s Witnesses deny the Trinity, deny the deity of Christ, and deny salvation by grace alone through faith alone. Roman Catholicism also and works to salvation and promotes Mary worship.

“Error, indeed, is never set forth in its naked deformity, lest, being thus exposed, it should at once be detected. But it is craftily decked out in on attractive dress, so as, by its outward form, to make it appear to the inexperienced (ridiculous as the expression may seem) more true than truth itself,” (Irenaeus Against Heresies 1.2).

The word “heresy” comes from the Greek ‘hairesis’ which means “choosing” or “faction.” At first, the term heresy did not carry the negative meaning it does now. But, as the early church grew in its scope and influence throughout the Mediterranean area, various teachers proposed controversial ideas about Christ, God, salvation, and other biblical themes.

It became necessary for the church to determine what was and was not true according to the Bible. For example, Arius of Alexandar (A.D. 320) taught that Jesus was a creation. Was this true? Was this important? Other errors arose. The Docetists taught that Jesus wasn’t human. The Modalists denied the Trinity. The Gnostics denied the incarnation of Christ. Out of necessity, the church was forced to deal with these heresies by proclaiming orthodoxy; and in so doing, condemnation upon these heresies and the heretics became a reality.

Heretics after death will be cast into hell. Steve Lawson explains further in sermon The Great White Throne Judgment

Previous entries in the Word of the Week Series-

2 thoughts on “Sunday Word of the Week: Heresy”