In its desire to placate the sexual political correctness running rampant in advertising lately, Royal Dutch Airlines has just condemned all same-sex couples to death, propounding the idea that any kind of seatbelt arrangement suits the airline just fine: 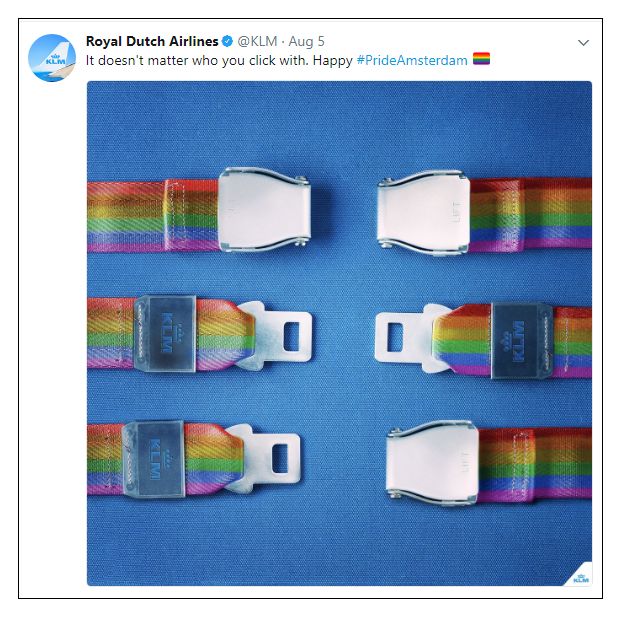 The article above continued with Twitter screen shots of hilarity and mockery.

So self-refutation indeed. Anyway, last time I checked, seat belts still needed a male and a female part to “click” , and homosexuality was still a sin.

For What It’s Worth - The End Time Blog Podcast

Today I'm looking at the culture in America, and focusing on Jesus and the worldview we Christians are blessed to possess amid the chaos of our collapsing culture. Song For What It's Worth explanation (Wikipedia) Rolling Stone: ‘For What It’s Worth’: Inside Buffalo Springfield’s Classic Protest Song Sunset Strip Riots- Wikipedia American Dream- Wikipedia. What is a worldview? Compelling Truth This episode is also available as a blog post: https://the-end-time.org/2022/05/28/for-what-its-worth/

For What It's Worth
View #2: my coffee mug and pen making to-do lists for the day. I am about to finish writing and make breakfast of scrambled eggs and peach bread from Jaemor Farms a lovely student gave me.
View #1: The rising sun made wonderful lights on the leaves outside the apartment. I opened the windows to allow the fresh morning air in, and I can hear a multitude of birds outside. Very relaxing.
Inaugurating summer break with a dinner of salmon with roasted grapes on top, half a russet potato, and spinach with lemon and pepper. Perrier water and a fruit salad will be dessert. As I enter my 'Hermit Season", I'm watching season 9 opener of History Channel's Alone. Fitting, aint it!
School's out for staff!
Follow The End Time on WordPress.com