Our school closes for a few days at the end of October for a mini-Fall Break. We all look forward to this, both the staff and the students. Lots of people take trips. The mountains aren’t far and Fall is a great time of year in Georgia to go tuck away in a cabin somewhere. Others go to Disney because it isn’t so hot, or the beach, for the same reason. I love Fall in Georgia, it’s my favorite time of year. It lasts longer than Fall lasts up north. Its gradual slope into winter leads us to toward holiday season in a gentle way. We can finally turn off the loud air conditioner and start using the oven to bake wonderful things without making the house too hot.

The progression of the seasons is orderly and beautiful. Each season with its distinct colors and meaning is due to the creative mind and power of Christ.

Here are a few items I believe may be of interest. Enjoy the day, the season, the Savior 🙂

This is interesting. Man starts social media campaign over his church dismissal for unrepentant homosexuality. The next big thing I see coming are lawsuits emerging from church discipline. As a side note, please notice in the article where it says the man had repented and lapsed several times prior to his final repudiation of God’s standards. Remember, repentance should be viewed as something that happens over time. Fruit takes time to grow. Be patient, either way, to see if what is growing in the heart is an apple or a thorn.

Oh the agonizing pull to check notifications or respond to texts…the overarching need for new stimulation even after a few minutes…Samuel D. James has more in his essay The Phone and His Boy.


A Secret Nazi Base in the Arctic has been discovered? And it’s not a wartime myth or clickbait? No, it turns out to be true. Russian researches stumbled onto it and found within over 500 relics, including well-preserved papers. /shudder/ Nazis are still extending their shadowy reach into even this millennium. We will only be removed from the presence and memory of that terrible history when we are resurrected into glory. The UK Independent also has the article and photos.

With Halloween coming, with the inevitable Star Trek costumes abounding, which is as it should be, here is how to read the secret language of the Star Trek uniforms of that most unabating TV show. Which is 50 years old this year by the way. Oy, I suddenly feel old…

The Narrow Minded Woman has a great essay on Luther and Reformation Day.

Ignore the one reference to Rick Warren and enjoy the author’s case for quantifying discernment/judgment of each other. The 10 Percent Grace Rule: Judging Without Being Judgmental

I really like this man’s writing. He muses on You Get What You Pay For, an essay on shepherding financial resources wisely, Philippians 4:8, the election, and Netflix which is cohesive and concise. Really, the guy has mad writing skills.

Julia at Steak & a Bible said, “Hillsong Music: Popular Yes, but Is it Biblical?”

Hillsong is an enormous church network and through its music, the church reaches far outside of that network. Many churches use Hillsong songs on Sunday mornings. But I wonder how many of them ever stopped to examine the songs for doctrine. That’s precisely what Chris Rosebrough, Steve Kozar and Amy Spreeman did on a recent episode of Fighting for the Faith. Given the popularity of the music I highly recommend listening to it.

I recommend it too!

Chris Powers has illustrated another Bible verse with his usual skill, insight, and sensitivity. Take a look,and please take a look at his overall ministry at Full of Eyes. Everything he makes he gives for free for the edification of the body and evangelization of the lost. 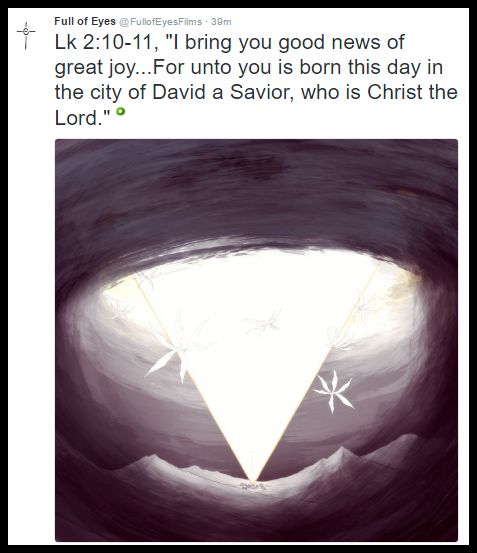 This episode is also available as a blog post: https://the-end-time.org/2021/10/23/im-suspicious-of-para-church-organizations-heres-why/