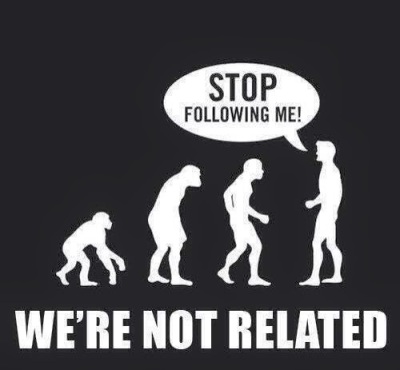 From a good science essay which discusses a comparison of DNA between apes and humans and shows why Christians don’t have to worry about the theory of evolution. “How Similar are Humans & Apes?“

Here’s why Christians don’t need to worry about the Jesus Wife papyrus fragment. Or listen to this 15 minute podcast on Issues, Etc, with Dr Craig Evans.

I’ve often published essays reporting on the statistics which show increasing numbers of earthquakes, or storms, or strength of storms, or sinkholes, etc. But I’ve never been able to discover whether lightning strikes are more common now than before, until I read this article in an Israeli news outlet.

Lightning strikes a warming planet
They say lightning never strikes twice, and that getting struck by lightning is as rare as winning the lottery. But such folk wisdom may no longer be true, report scientists studying global lightning patterns. A cross-country research project published recently in the American Journal of Climate Change suggests that in developing countries especially, lightning strikes and death by lightning appear to be growing. Asked to comment on the story by the BBC, Price said: “The underdeveloped world is where you have the maximum frequency of lightning and thunderstorms — in places like the Central African Republic and DR Congo, the Amazon region of South America, the Indonesian islands and Borneo in South East Asia. “When you add the figures up, there may even be more people killed or injured by lightning than most of the other natural hazards we have on the earth today.” A rising world population also means that there are more people who have the potential to get hit by lightning.

According to Price, the increase in lightning activity will be seen especially in areas that become warmer and drier –– like the Mediterranean region and the southern United States. From 2012 research, he already concluded that the storms of the future will be more violent. For example, the Brazilian city of Manaus, in the middle of the Amazon, has witnessed a 50% increase in lightning strikes over the last three decades. The city now gets about 13.5 strikes per kilometer per year.

There have been several major earthquakes over the last day. According to the US Geological Survey (USGS), there was a quake at

In Chile there have been 61 quakes this week.

Of interest is the continuing quake swarm at Oklahoma. This week there have been 50 quakes, including a large (for the area) 4.1.

In France, a rare 5.0 earthquake occurred this week. Strong earthquakes are rare in France.

Dozens evacuated in Wyoming as ground shifts
Dozens of Jackson residents who were evacuated after land began shifting on a hillside in this Wyoming resort town are waiting to find out if and when they can return home. Assistant Town Manager Roxanne Robinson said today there is still no word on what is causing the East Gros Ventre Butte land to shift, but officials have taken steps to ensure there is no catastrophe. Geologists are on the scene, and other geologists are being brought in to get a better idea of what is happening. A road and parking lot of a Walgreens pharmacy have been distorted and buckled by ground movement, which was also the cause of breaks in nearby water pipes last weekend.

“When you see these kinds of scenes out of Washington state and the landslides in the canyon, it’s not to be trifled with,” he said, so the officials are monitoring carefully, but despite many rumors as to the reason this is occurring, in the article “Worry Mounts as Butte Slips, he continued, “I don’t know if anybody knows exactly what the issue is,” Barron said.

Understanding the times and knowing what the church should do. Seven things to keep in mind.

In light of the two blog essays I’ve written recently about adopting a heavenly perspective and being of heavenly good, let’s finish with Nathan Busenitz’s essay on the physicality of the heavenly city of New Jerusalem. It is an essay titled The New Jerusalem.