The war talk from Middle East leaders is not just rhetoric any more. The usual chest thumping, threats, rhetorical subterfuge, ambassadorial slyness and outright propaganda has changed in tone and substance. Israel is talking about imminent war and speaking of actual fronts. Israel expert Joel Rosenberg said this a few days ago:

“Yes, it is possible that Israeli leaders could be bluffing. Yes, it is also possible that they are simply trying to pressure the U.S. and international community to take more decisive action to neutralize the Iranian nuclear threat. But reading the latest tea leaves, I believe evidence is rapidly mounting that this could really be it — Israel could be just days or weeks away from a massive preemptive strike against Iran. I believe there are significant changes in the way Israeli leaders are speaking about the possibility of war. One fact that has particularly caught my attention in the last 24 hours is that Deputy Foreign Minister Danny Ayalon is telling reporters that it is time for the world to admit that diplomacy has not worked, and that Iran only has “weeks” and not “months” to cease nuclear activity.”

Rosenberg’s last few posts have exclusively focused on the Middle East situation, specifically Israel-Iran. In the last few days he has consecutively posted,

Why is the third news headline about the natural gas part of the clips on a possible upcoming war in the Middle East? I’ll explain in the next blog entry. First, these news headlines from the last few days that show how serious the talk of war really is getting. And I mean serious.

‘Tumour’ of Israel will soon be destroyed: Ahmadinejad
“Iranian President Mahmoud Ahmadinejad told an annual anti-Israel protest in Tehran on Friday that the Jewish state was a “cancerous tumour” that will soon be excised, drawing Western rebukes.” 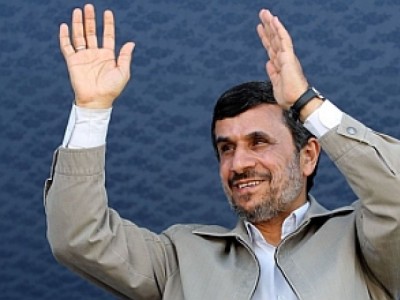 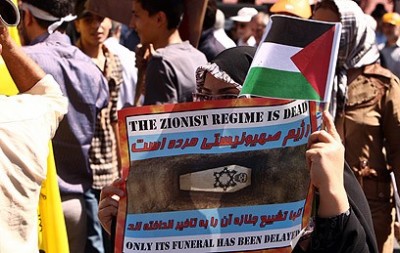 Iran and Hezbollah issue warnings to Israel
“Hassan Nasrallah, the head of Lebanon-based Hezbollah group, and Mahmoud Ahmedinejad, the Iranian president, have issued stern warnings to Israel, saying that any aggression on that country’s part would be met with a swift armed response….If we are forced to use them to protect our people and our country, we will not hesitate to do so… and that will turn the lives of hundreds of thousands of Zionists into a living hell,” he said in a speech marking al-Quds [Jerusalem] Day.”

Saudi Cleric Questions Holocaust
“A prominent Saudi Arabian religious cleric declared that the Holocaust is an “exaggeration” and that Jewish people consume the blood of children during a wide-ranging interview with an Arabic television station.  Saudi cleric Salman Al-Odeh, a well-known scholar revered by millions globally, went on a lengthy tirade against the Jews during an interview Monday in which he stated that “the role of the Jews is to wreak destruction, to wage war, and to practice deception and extortion,” according to a translation of his remarks by the Middle East Media Research Institute (MEMRI). Al-Odeh ranted about the use of human blood in Jewish religious rituals, a notorious anti-Semitic smear commonly referred to as a “blood libel.” 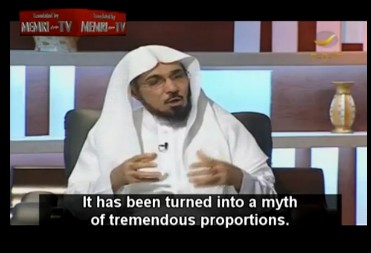 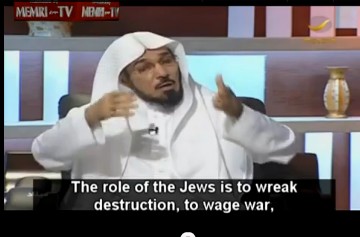 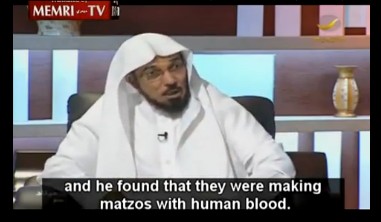 The news article called it a tirade but it wasn’t. It was actually a calm and reasoned, quite believable argument against the Holocaust and against the sanctity of God and the right of the Jews, His people, to exist. That is why his lie is so devastating.

Muslim Brotherhood Supporters Scourge and Crucify Secular Protesters
“According to reports on Friday, Muslim Brotherhood supporters scourged and crucified secular protesters in Egypt’s capital city of Cairo. Using the same punishments described in Bible as having been inflicted on Jesus, Brotherhood backed mobs rampaged through the streets, seizing protesters against the Islamist government of Mohammad Morsi, and dragging secular journalists from their offices. Their victims were beaten, scourged with whips, and crucified naked on trees.” 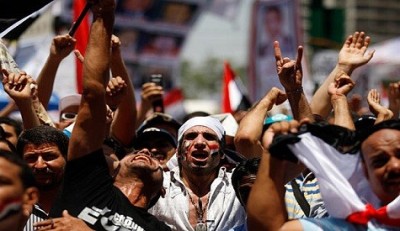 As a watchman, I must bring you this news. I must show you the times in which we live. I must tell of the glory of Jesus, who is and was and IS TO COME- SOON. It is not doom and it is not gloom- it is hope.

Psalm 122:6-9 gives us instructions on what to pray regarding Jerusalem. As a matter of fact, being God, He not only commands to pray for Jerusalem, but promises blessings unto those who do! (Blessed are the peacemakers- Matthew 5:9). The Psalm says-

Pray for the peace of Jerusalem! “May they be secure who love you!
Peace be within your walls and security within your towers!”
For my brothers and companions’ sake I will say, “Peace be within you!”
For the sake of the house of the Lord our God, I will seek your good.

Peace in Jerusalem & Israel will only come when Jesus Himself returns to establish permanent peace. Between now and that blessed day, terrible wars and holocausts will occur on the people of Israel and then the world. However, God uses the devastating military attacks upon Israel, especially the Gog-Magog war of Ezekiel 38-39, to show Israel that no military might will ever be sufficient to protect them, and that He alone is their protector. It is during the Ezekiel 38 battle that Israel seeks the LORD and turns to Him. They cry out to the LORD and He saves them from Iran’s threat of obliteration. Blessed be the LORD!

Therefore we must understand that before that peace comes, praying for the peace of Jerusalem means that the worst wars of the world will happen. Just as prior to the new babe born of a mother, there is agonizing pain of the bloody labor. But would a mother trade that pain, forgoing giving birth to new life? No. The pain is instantly forgotten when the new babe, who is beloved and precious to the parents, is placed in their arms. So it is with God.

He will birth a new age, one with satan gone into the pit for 1000 years, one where Jesus is seen in His glory by His bride gathered around Him, with His people Israel thriving under His reign.

As of today, the fact remains, that praying for the peace of Jerusalem means that we are praying for His return! We must steel ourselves for the persecutions. How long will it take the angry mobs of  ‘Muslim Brothers’ to turn from crucifying and scourging other Muslims and turn their satanic wrath to crucifying and scourging Christians and Jews? Not long. No, not long at all now. We must prepare our minds for the utter knowledge that wars and horror will come, and we are not gleeful nor excited about that. We lament in our prayers for the peace of Jerusalem, because we know what it entails. Even so, come, Lord Jesus.