Rocket and sniper attacks over the last four days in Israel. More below 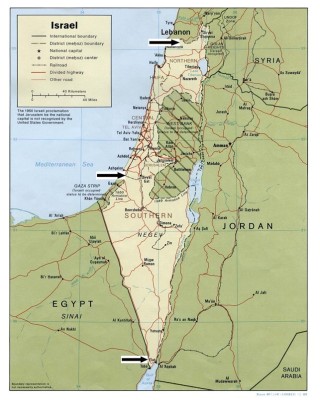 Lebanese snipers pick off IDF soldiers inside Israel’s border
Israel has confirmed that a battalion commander was killed in clashes with Lebanese troops that also claimed the lives of two Lebanese soldiers and a newspaper reporter. The casualties occurred after Lebanese and Israeli troops exchanged fire at a border location that the Israeli Defense Forces described as being west of the Israeli town of Misgav Am…. the Lebanese troops shot inside Israel without provocation. He said Lebanese snipers shot Israeli officers standing more than 300 metres from the fence, as opposed to the soldiers removing bushes by the fence.

Sderot children and veteran’s rehabilitation center decimated by rockets
The upgraded Kassam rocket on Sderot Saturday night scored a direct hit on the ceiling of a children’s hydrotherapy rehabilitation center in the heart of Sderot’s Sapir College, bringing to nearly 400 the number aerial attacks launched from Gaza since the ceasefire which halted Israel’s Cast Lead counter-terror campaign in Gaza in January 2009.

I hope the above map of Israel and the arrows showing rockets falling on the nation from top to bottom over the last 4 days makes an impact. The tiny, beleaguered nation, has the Almighty God behind her. O, if she will only look UP! Pray for the peace of Jerusalem 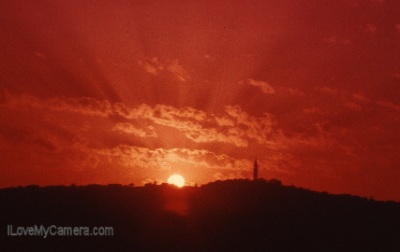