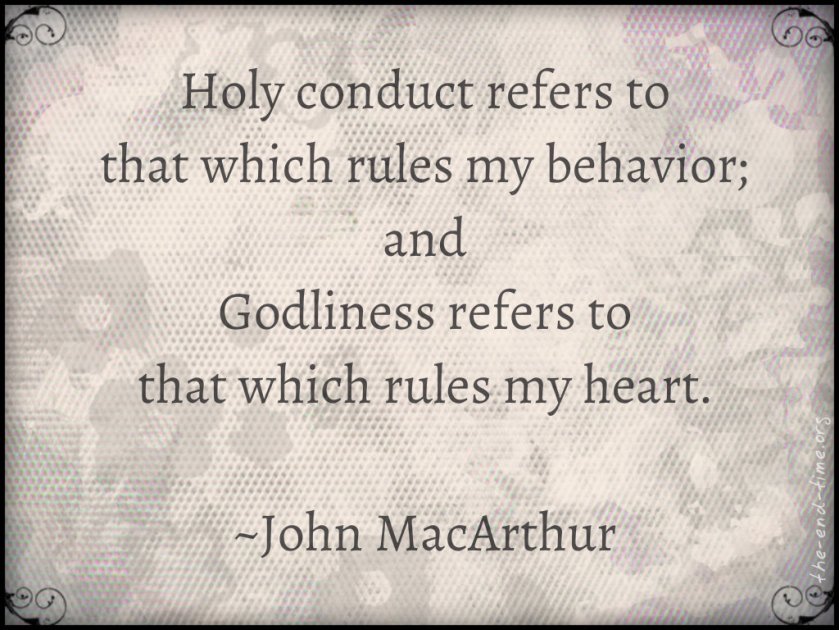 The fiercer the reaction, the deeper the hold satan has on his false teacher and her followers. We’ve seen the rabid ferocity of those who follow Beth Moore. When their idol is touched, her people come from out of the woodwork to pile on to the person attempting to bring light to Moore’s followers.

The same recently happened with Rachel Held Evans. My obituary contained mention of the fact that RHE had lived the life an an apostate, causing vitriol to pour from the lips of her many followers.

It’s important not to simply shae our heads adn go tut-tut, and walk away. I like to process an event and try to find a positive meaning from it. So that is what this essay is. Perhaps others may find it helpful.

These are a few of the names I was directly called:

I asked the angry people tweeting me to cut and paste the allegedly objectionable portions of my essay, with an earnest promise that I’d take a look at it. Not one, not one person, acceded to my request. Very few even shared a Bible verse, to my recollection. I was called to be tolerant, but by the lengthy list above, you can see that their call for loving tolerance was simply a double standard, as they were anything but.

Every post, tweet, and article I’ve read by born-again Christians who are discussing the very likely state of RHE’s soul have been loving, gentle, mournful, and prayerful.
Every response by her worshipers have been vile and hateful, often laced with profanity and blasphemy.

This was a typical tweet from a #RHE devotee. There were literally hundreds on Saturday. Mainly they went like this, if I can summarize the general vein:

“RHE taught love & grace and tolerance, you horrid, poisonous hellspawn who speaks lies! I pray that you, judgmental, nasty Pharisee that you are, will find the grace that we all have, thanks to Rachel our prophet’s teaching”. This is a compilation of actual tweets.

Some of these people I chose to engage with, and I had success with one or two. One I blocked immediately, (the curse word lady). Two or three others I engaged with a bit then muted. The rest I shared the Gospel, attempted to be gracious, and let the hateful words slide off my back while offering either verses or pleasantries. One lady I did get a huge kick out of, her comment stood out. See below.

With so many tweeting and commenting, how did I know which to mute, block, or engage? That is a discussion I’ll enter into below. For now, I believe I can make an axiom out of this: the deeper the false teacher is in satan, the more vitriolic her followers’ response will be to anyone claiming she is false. Alternately, the longer satan has had a ‘spy’ in his clutches, having infiltrated a body of believers, the harder satan hangs on to her. (cf Revelation 2:20). His job is to use the false teacher to make slaves and draw away the unwary from Christ.

Yet because of false brothers secretly brought in—who slipped in to spy out our freedom that we have in Christ Jesus, so that they might bring us into slavery— (Galatians 2:4).

These spies infiltrate the body and then promote false teachings, to which the fleshly gravitate. They accumulate these teachers for themselves, heaping them up because these false teachers suit their lusts.

For the time is coming when people will not endure sound teaching, but having itching ears they will accumulate for themselves teachers to suit their own passions, (2 Timothy 4:3).

Their ferocity is always at-the-ready:

Do not give what is holy to dogs, and do not throw your pearls before swine, or they will trample them under their feet, and turn and tear you to pieces. (Matthew 7:6).

Their ferociousness is always bubbling just below the surface. Upon the slightest touch, it spews immediately and with a savagery that astounds the more polite and civil members of society. This is as true in real life as it is online, I’ve experienced both.

The ‘dogs’ verse evokes a mental image of stray, skinny, mangy, hungry dogs roaming in packs, but when you try to pet them, they turn snarling with foaming lips and tear you limb from limb.

We know that the world’s systems are under satan’s thumb. (2 Corinthians 4:4). Entertainment, politics, media, secular organizations all serve satan’s agenda, not Christ’s. We have seen where Christian movie makers and actors are blacklisted or whose reputations are destroyed, simply for either speaking as ambassadors of Jesus or for making movies that reflect His precepts.

We’ve seen in politics, especially in the realms of pro-abortion and pro-homosexuality, people that flood the public square with satan’s agenda and how they pile on on to those who oppose it. Even death threats and physical violence has been done against people exercising their right to freely speak their conservative beliefs in the public arenas.

We’ve seen the media taken over by the liberal journalists, who go to any lengths to preserve and present satan’s reality and publish even lies through their print or broadcast mediums.

In my past experience as a journalist I’ve experienced how the liberal media works when I opposed the lies. They decide on a target. In one case they had decided on three targets for a certain smear campaign, but decided three was too unwieldy so then they focused their attention on one person alone, funneling all their hostility onto him. Next, they decide what to say against their selected target, and lies work just as well or even better than the truth. Finally, they tag-team the target with their talking points. They do not alter it and they do not vary their talking points, knowing that if a lie is repeated enough times, it will stick. They do this with a savagery and a brutality that is relentless and breathtaking.

Events such as these are instructive, I find. Even more so is when the Christian stands against satan’s lies when opposing a false teacher. How is it instructive? The false teacher’s followers are masquerading as penitent, polite, grace filled people, therefore they are hard to spot. But when their idol is touched, that thin veneer is stripped away quickly. This is helpful. With little effort we can quickly see who the mission field is. False converts are hard to spot normally, but when they come out in full force, well, there they are.

False teachers are a problem and have been since the beginning. Their followers are often like marauding hordes intent on destruction (of character, reputation of the body itself). In fact, in John 16:2 (NAS) we read,

“They will make you outcasts from the synagogue, but an hour is coming for everyone who kills you to think that he is offering service to God.”

They think they are doing right, protecting their false teacher so fiercely.

By the number of verses in the New Testament dealing with the fact that false teachers will exist, and that their many followers will cling to lies, we know we must be on guard and act as salt and light to their dying hearts.

Now it is the job of the Christian to determine which disciples of false teachers to engage with and which to turn away from. The Bible suggests various approaches.

have mercy on those who doubt; save others by snatching them from the fire; and to still others, show mercy tempered with fear, hating even the clothing stained by the flesh.

My brothers, if anyone among you wanders from the truth and someone brings him back, (James 5:19).

Titus 3:10 says to warn a divisive man once then twice, (but then then have no more to do with him, because foolish controversies edify no one.)

In other cases we are not to engage with a follower of a false teacher or a false teacher herself. We are told to simply mark and avoid, (Romans 16:17), told to close the door to the false teacher, not even allowing him or her into our homes. (2 John 1:10).

Other times we are also told not to associate:

Take note of anyone who does not obey the instructions we have given in this letter. Do not associate with him, so that he may be ashamed. (2 Thessalonians 3:14).

The level of their anger will be a first indication of how far to go in engaging them. The list of angry words above is put in a level of order from (IMO) mild to hot. (AKA wanderers from the truth) it’s obvious that care and prayer must be involved.

Remember, the hate directed toward you is not directed toward you particularly, it’s directed toward Jesus. It is not a situation to decry, but it is in fact an opportunity. Wayward believers have just revealed themselves. What to do? Not all, but some are the mission field. The level of their anger will be a first indication of how far to go in engaging them. The list of angry words above is put in a level of order from (IMO) mild to hot.

We can engage with scripture, share the Gospel, or simply behave in ways the world does not expect (salt & light, grace & truth).

Other times we mark and avoid. Praying to the Holy Spirit will guide you as to what to do, when. Remember, His ministry is to point to Jesus and the Spirit is even more concerned than you are for Jesus’ name, your edification and growth, and the false believer’s soul (whether it demonstrates God’s justice in perdition or in His grace in heaven).

Be well and wise, soldier, and march onward.

This is a heartfelt PS. I wrote this essay because I process things by writing. I’m autistic. I’m not introspective. I find it easier to write it out of me and then see what is on the page.

I also wanted to make this an opportunity for encouraging anyone with some verses and facts, and a perspective that’s hopefully positive. I’m not writing this because I think said everything perfectly, I didn’t. There were a few cases where I regret my comment. I don’t write this because feel I have it all figured out. I don’t. Even though I’ve been through this before, the ferocity still surprised me. It left me unsettled.

I am writing this to encourage, help, or at least offer a coda to it all. For those who emailed, commented, or tweeted encouragement, thank you. I appreciate each and every one of you.

False prophets and their methods, by Adrian Rogers

Wretched: Christians must get over their fear of pointing out false teachers

Why do false teachers have so many followers?

12 thoughts on “Disciples of false teachers, their anger, and what we can learn from this opportunity”